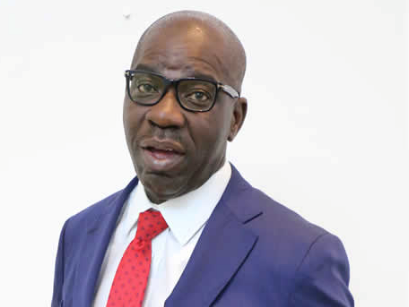 In a press release by the Chairman, Edo State Civil Service Commission, Princess (Mrs.) Ekiuwa Inneh, Governor, Godwin Obaseki’s has thrown up vacancies in the building, maintenance, emergency services and agricultural sectors in the state.

The announcement of the new vacancies is coming on the heels of the state government’s renewed commitment to inject new life in the civil service in pursuance of impactful infrastructural and social development projects in the state.

According to The Nation, the vacancies are for engineers, surveyors, firemen, architects, veterinarians, forest officers, town planners, among others.

The recruitment is an affirmation of a number of policy pronouncements made by the governor in recent times, particularly the setting up of ambulance service to facilitate the work of first responders in emergencies; setting up structure for management of the state’s forest assets; establishment of livestock farms and reviving the state’s real estate and agricultural sectors.

It was gathered that the state government was keen on ensuring that professionals man the key offices that would be interfacing with the private sector, which is increasingly expanding since the governor’s unrelenting expression of commitment to industrialising the state.

Nothing less than 42 vacancies in various disciplines are open and applicants are to apply through the state civil service commission.

Recall that in his Workers’ Day speech, Governor Obaseki said that the state hasn’t sacked any worker since his administration took the reins; rather provision has been made to employ more.

“This government is proud that it has not sacked any worker even those that were moribund in their functions. Rather, we have done so much to reabsorb, retrain and reassign these workers.

“About 186 staff of the moribund Edo Line and Edo Courier have been redeployed to the Ministry of Infrastructure while we are working out ways of liquidating its debt of about N1.5bn. In a few weeks, the Civil Service Commission will advertise to recruit more civil servants to fill critical vacancies in the system,” he said at the Workers’ Day event.