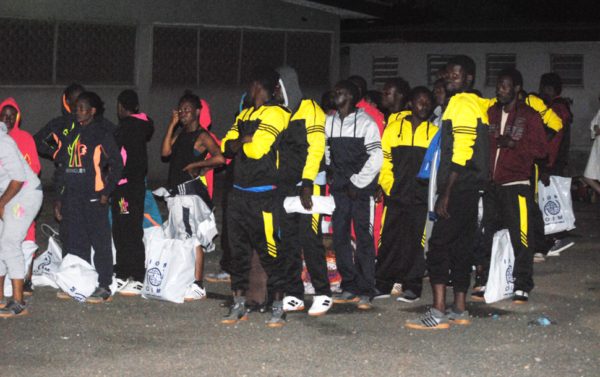 The Edo State Government has lamented the trafficking of secondary school students out from the state and the country and into Libya, The Cable reports.

The Senior Special Assistant to the Governor, Solomon Okoduwa, made the revelation on Sunday.

Idogbo Secondary School in particular, he said, has become a “harvesting ground” for traffickers.

Over 100 students have been trafficked from the school, he said, adding that the government will step up its campaign against the traffickers.

He also urged the students to stay aware and not be lured by people promising them a better life in Europe. He said:

Henceforth, report anyone who tells you to travel to Europe. They are simply taking you through Sahara Desert and the Mediterranean Sea and you may eventually end up in Libya.

The number of students that have been trafficked from your school in this short period is overwhelming. The truth is that many of them might have been imprisoned there or facing one challenge or the other.

Taking the route of Sahara Desert and other illegal routes is hellish. Many died of hunger, many were drowned in the Mediterranean Sea in search of greener pastures. Worst still, the families of those people that died on their journey were made to pay for the travel expenses, when unknown to them their loved ones have gone to the great beyond.

If anyone tells you to travel abroad through Libya, tell him or her capital ‘NO’. If you must travel for any reason, travel the right way.

The post Edo State Government Says Over 100 students Were trafficked to Libya from Idogbo Secondary School appeared first on .