Earlier today, we reported that popular female rapper, Nicki Minaj responded in the affirmative after a fan of hers asked if she was dating rap legend, Eminem.

The buzz came about after she shared a video of herself rapping alongside Big Sean and 2 Chainz in a YG song titled ‘Big Bank’ where she mentioned Eminem’s name. 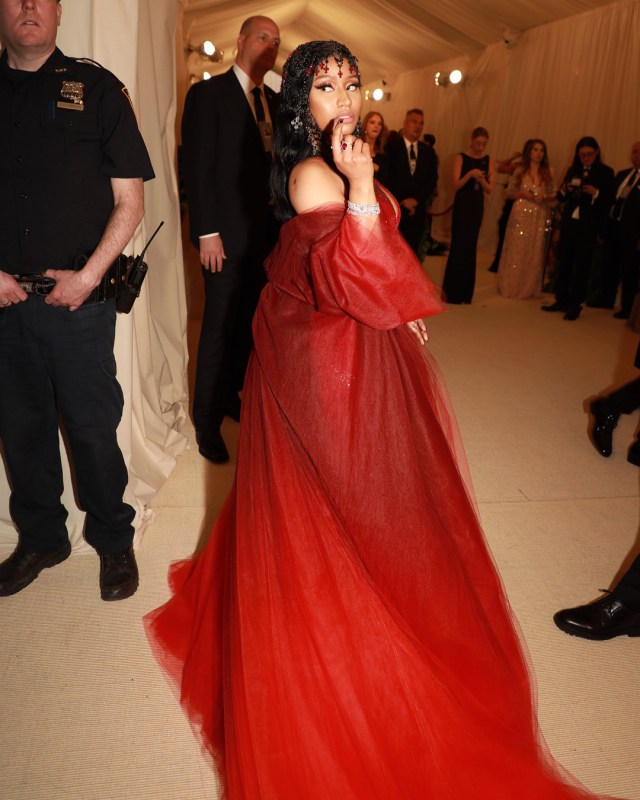 This also drew Eminem whose real name is Marshall Mathers’ attention and he also ‘confirmed’ their relationship status which Nicki said she wanted to keep private till the wedding date.

Em’ joined Nicki in trolling fans who were already accusing them of dating just because she mentioned his name in the lyrics of one of her rap songs. 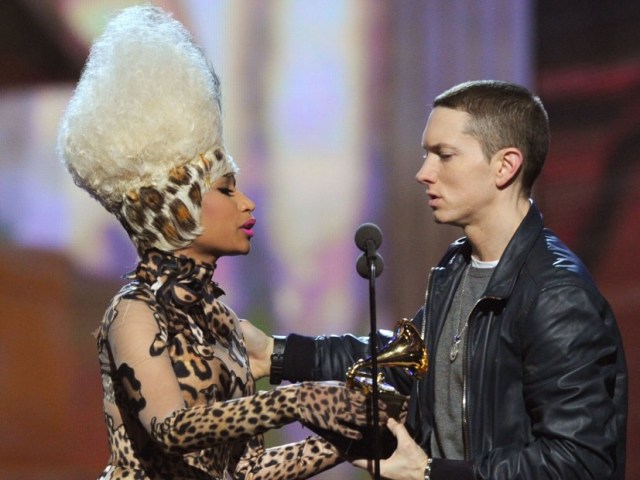 Nicki then replied ; babe i thought we were gonna keep it on the low till the wedding. Yikes. I’ll talk to you when i get home. 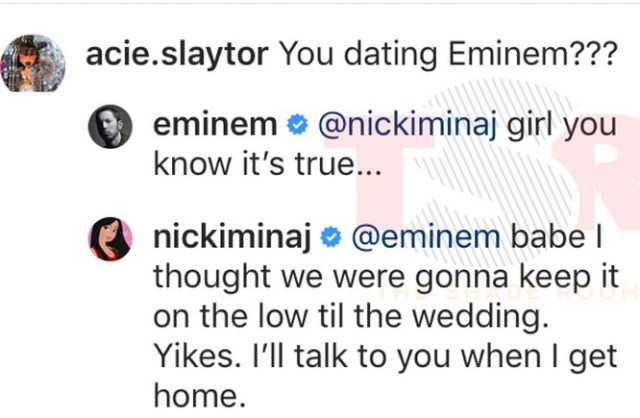