Evans the kidnapper caused chaos at the Igbosere high court this morning May 7th after he refused to come down from prison van he was conveyed in to enter the court. 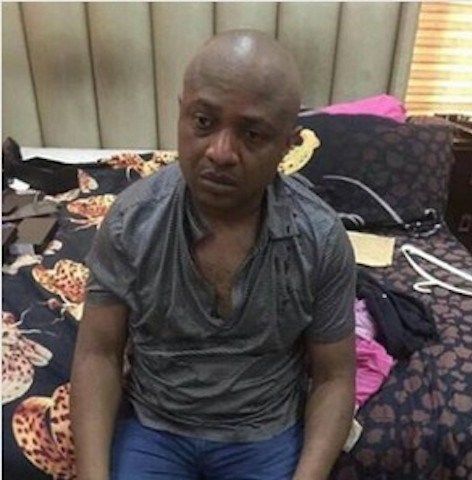 He was fighting off prison wardens who tried to take him into the courthouse for his trial.

Later, the judge in charge of the case ordered that he should be bundled into the court and when he still refused to follow the warders, they dragged him into the court.

Evans has had his trial proceedings ongoing for over almost a year now, as he was arrested in June 2017 for being the mastermind behind a notorious Kidnapping syndicate.