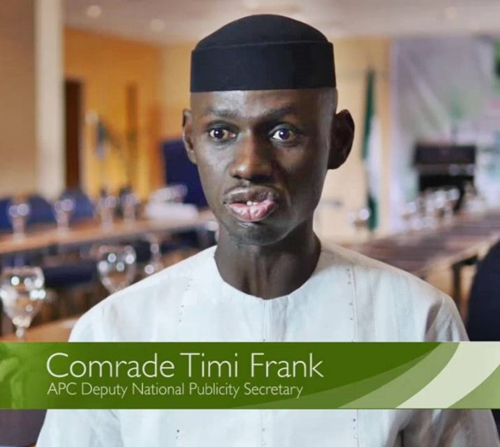 In the letter, Frank lamented the state of the economy, Nigeria’s human rights record under the present administration, killings across the country and the plight of ordinary Nigerians. He said that the economy was yet to fully recover from the recession and also accused the Buhari administration of failing to obey court orders.

The letter to Trump titled Urgent Need To Save Nigeria’s Democracy, was written through the United States Ambassador to Nigeria, Ambassador Stuart Symington.

Asking for Trump’s intervention, Comrade Frank accused President Buhari of largely paying lip service to his promises to the Nigerian electorates, adding that he has “refused to follow the rule of law in the exercise of his powers under a democratic setting.”

He said democracy in Nigeria is currently facing “some of its most severe threats and unless something is done, it could be derailed and jeopardised altogether.”

Part of the letter read: “Your Excellency sir, while you daily work to advance the cause of the United States, the Nigerian situation under the present administration, led by the ruling All Progressives Congress, has failed to promote the nation’s interest and work for the sustenance of our democracy.

“It was most unfortunate that when President Buhari visited you recently, he minced words on the true situation of the current happenings in the country, which pose a great threat to our national fabric of Unity, Peace and Progress.

“The ruling APC and President Buhari were ecstatically embraced by Nigerians and voted into office with a promise to fight corruption, insecurity and grow the economy in 2015. However, three years on, prevailing maladministration and insecurity have left everyone spell bound, as wanton killings by herdsmen, kidnapping for ransom, armed robbery, corruption and insurgency in the north-east still ravage the country unabated.

“Furthermore, the cost of fighting these deadly malaise continues to skyrocket without corresponding mitigation in insecurity. A recent example is the withdrawal of $1billion from the Excess Crude Account (ECA) to fight Boko Haram and other security challenges across the country, by the Executive in collaboration with the National Economic Council, without due recourse to the National Assembly for statutory approval.

“More so, need I mention that the recent advance payment of $496million to your country for the purchase of 12 Tucano fighter jets, by the Buhari-led Federal Executive Council, was done in complete violation of extant laws regarding such purchases. I must say that that action remains illegal, criminal and a breach of the Constitution of the Federal Republic of Nigeria, which empowers the National Assembly to approve all expenditures of the executive.

“I am aware that the United States is a nation ruled by laws and therefore cannot condone impunity and illegality of this nature – no matter the amount of benefits accruable to it from the sale.

“I would therefore, kindly appeal to you, to use your good offices to ensure that the $496million is repatriated into the Nigerian coffers and the deal renegotiated and made to follow due process.”

Comrade Frank appeal to President Trump to help save Nigeria’s democracy by prevailing on President Buhari and his administration to respect the fundamental human rights of Nigerians.

He lamented that the right to life, freedom of association, freedom of speech and freedom from fear, torture and molestation which are irreducible minimums in any democratic setting, have taken the back seat since the Buhari administration came into power.

He opined that these rights are being denied under the guise of fighting corruption by the govrnment and its agents describing the fight against corruption by the Buhari government as laudable but “grossly selective.”

He said Nigerians are no longer free to express themselves or to criticise the activities and policies of the government without being assaulted or clamped down upon.

He gave examples of the harassment meted out to former President Olusegun Obasanjo and President of the Senate, Dr. Bukola Saraki. “I believe you are better placed to advice the current leadership on the need to obey the rule of law and be impartial in its ongoing anti-corruption campaign.

“I humbly invite you to work with other defenders of democracy, freedom and human rights across the world, like the European Union (EU), United Nations (UN) and organizations like the Amnesty International, Human Rights Watch, etc, to ensure that the present gagging of the press and opposition political party members in Nigeria do not degenerate further.

“Help us to prevent imminent breakdown of law and order that may result to chaos and anarchy if the current atmosphere of government’s orchestrated harassment, intimidation, coercion, denial of the right to free speech and outright repression of perceived enemies of the administration, is allowed to continue unabated.

“I thank you in anticipation that you will take positive steps to liaise with your friend, President Muhammadu Buhari, in order to prevent escalation of anti-democratic acts by agents of the administration,” he concluded.

Comrade Frank had earlier warned the APC and President Buhari not to overlook a 7- day ultimatum given by the leader of defunct new Peoples Democratic Party (nPDP) in the ruling party. In a statement on Thursday, May 10, Comrade Frank, a member of the nPDP, said if the letter is not addressed, that will give impression that “we are no longer needed in the APC.”

Alhaji Abubakar Kawu Baraje had on Wednesday, May 9 led a delegation on behalf of the nPDP bloc to protest what he described as ‘maltreatment and exclusion’ of his members in the scheme of things by the leaders of APC. 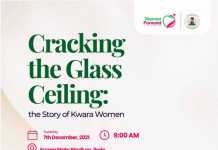