Father arrested for defiling his 4 daughters

A 41-year-old man, Michael Akpan-Isaiah, has been remanded in prison custody for allegedly defiling his four daughters.

The minors are aged between two and 17 years. Isaiah, from Akwa Ibom State, allegedly committed the offence between April and May at Borokiri Sand Field, Port Harcourt. .

“That you, Michael Akpan Isaiah, sometime in April, 2018, did have unlawful carnal knowledge of (name withheld) without her consent .

That you, Michael Akpan Isaiah, sometime in May, 2018, did have unlawful carnal knowledge of (name withheld) aged 7 years old.”

The accused admitted committing the crime, but claimed he was manipulated.. 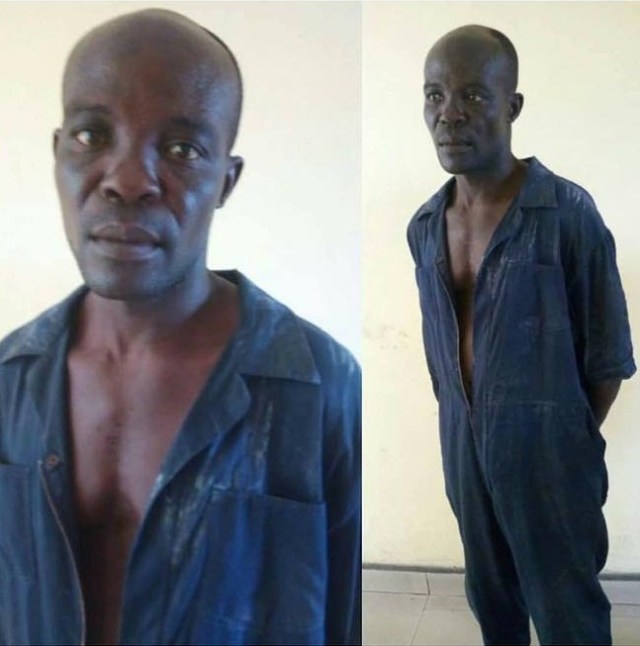 But a Federation of International Women Lawyers (FIDA) representative, Fortune Ada Ndah, dismissed the claims and told the court that he carried out the act in his right senses.

She alleged that the incest had been going on even before the two-year-old he also defiled was born.

“The accused has been forcefully sleeping with his daughters for the past three years,” Ndah said.

Chief Magistrate Zinnah Alikor described the act as an abomination, saying it was wicked and devilish.

She blamed the mother for encouraging incest by not having a close relationship with her children. .

Alikor declined jurisdiction on the charge and ordered that the original case file be sent to the state Director of Public Prosecution (DPP) for advice.

She ordered the remand of the accused in prison custody and adjourned the matter sine dine.

“Medical diagnosis conducted on the children showed they have been defiled.

“FIDA is not happy about this irresponsible act of a man to his daughters.

“We will ensure the matter is prosecuted to act as a deterrent to others.”

Nollywood actress, Calista Okoronkwo has made it known she can never be anyone's second wife, regardless of how rich that man is. The actress who...
Read more

Reports emerged a few days ago that actress Bimbo Oshin is set to walk down the aisle with her colleague, Akin Olaiya. The rumours started...
Read more

Upcoming Act, Chigratt Accused Of Stealing ALL The Songs Compiled In His Albums

An upcoming act, Chigratt has been called out on Twitter over copyright infringement. According to a Twitter user, Veen XL, he got a notification online...
Read more

Nigerian singer, Official Soft has dedicated his latest track to Genevieve Nnaji.  The singer, who earlier expressed his ‘wild thoughts’ for the actress on a...
Read more
- Advertisement -