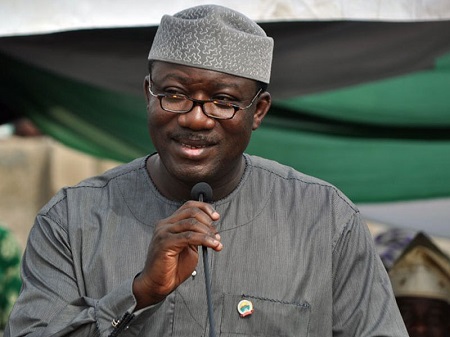 Fayemi, who is the Minister of Mines and Steel Development, polled a total of 941 votes, to defeat former Governor Segun Oni and 31 other aspirants.

Nasarawa State Governor, and Chairman of the Primary Election Committee, Tanko Al-Makura, announced the outcome of the election at the venue of the exercise in Ado Ekiti, the State capital.

Saturday’s governorship primary was held amid tight security, especially as it came one week as the initial attempt to conduct the exercise on May 5 failed after suspected thugs invaded the venue and destroyed ballot boxes and electoral materials.

The primary was keenly contested with 33 aspirants in the race initially. the Special Adviser to President Muhammadu Buhari on Political Matters, Senator Babafemi Ojudu, however, withdrew from the race on Thursday.

Unlike the situation in the botched primary of last week, the primary started peacefully and was held in a more cordial atmosphere devoid of the arguments witnessed last Saturday.

Ahead of voting, some aspirants were seen together discussing and Al-Makura, who had condemned the violence that characterise last week’s attempt, said the lessons had been learnt and necessary steps taken to ensure a smooth primary.

With his victory, Fayemi will be going up against the incumbent Ekiti State Deputy Governor, Mr Kolapo Olusola, of the Peoples Democratic Party, and Mr Akinloye Oladele Aiyegbusi of the Social Democratic Party.

Mr Olusola has since been endorsed by Governor Ayodele Fayose who denied Fayemi a second term as governor in 2014.

Meanwhile, Fayemi has dedicated his victory to the people of Ekiti State. 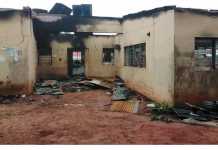