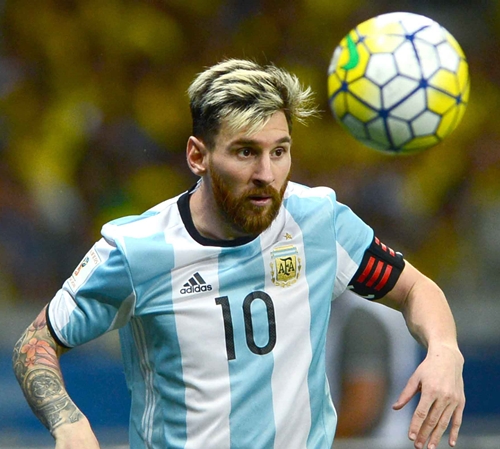 Manchester United coach, Jose Mourinho has given his opinion on Nigeria’s World Cup foes, Argentina, insisting the two-time world champions poses a greater threat as long as they have Lionel Messi in their ranks.

The Barca star is no stranger to the ‘Special one’ as he had played against the Portuguese when he managed Inter and when he was at the helm at direct league rivals, Real Madrid for three seasons before returning to the Premier League.

And Mourinho well aware of what Barca’s talisman brought to the table had declared the Argentine a threat which also made the Albiceleste a clear favourite.

Messi almost led Argentina to World Cup glory in 2014 in Brazil only to see his side lost 1-0 to Germany in the final after extra-time.

“I believe that the Argentinian national team without Lionel Messi wouldn’t be a contender,” the 55-year-old Portuguese added. “But with him, it is one of the favourites.”

The 2018 FIFA World Cup will start on June 14 and end July 15. Argentina is in Group D alongside Nigeria, Croatia and debutant Iceland.