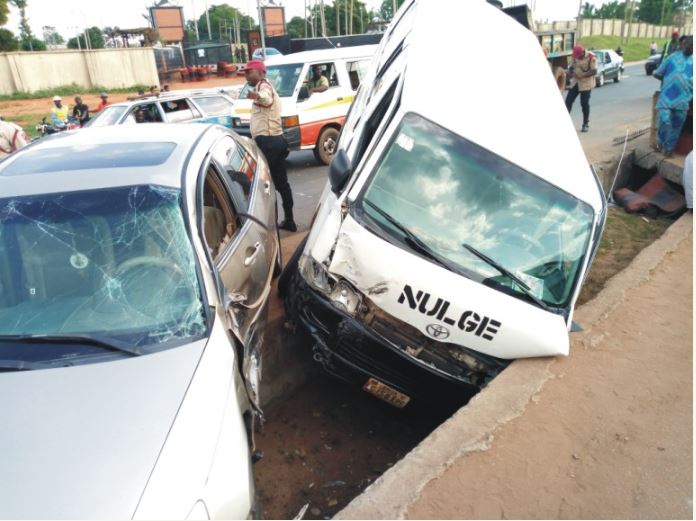 The sad incident occurred in front of Army Gate Onitsha between an 18 seater bus belonging to Nigeria Union of Local Government Employee’s and a Honda EOD belonging to a Rev Father presiding at the Military Catholic church Onitsha. 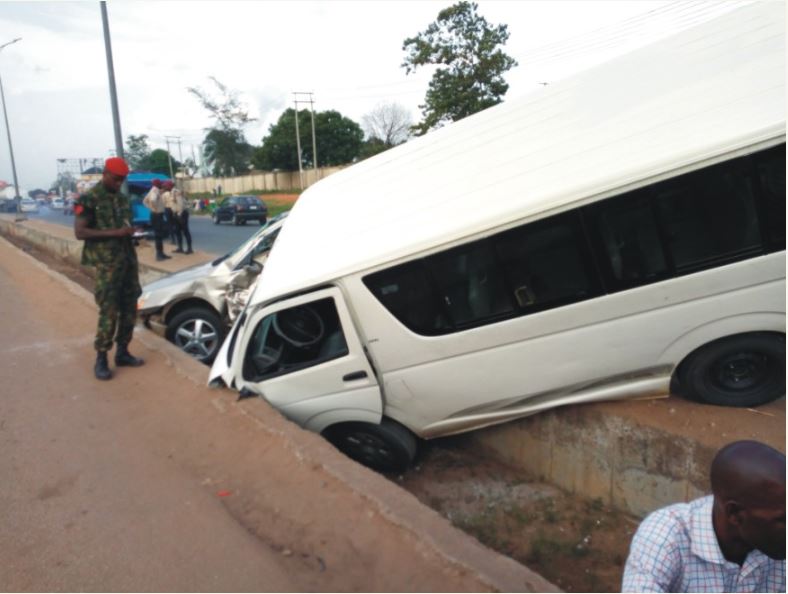 The incident was reported to wakabobo.com by an eyewitness who spoke in anonymity, according to the eyewitness the Military police officers stationed at the Army gate controlling traffic stopped vehicles approaching the gate which is a routine to allow vehicles and pedestrians moving in and out of the Barracks to cross the ever busy Onitsha Enugu Road to the other side.

Unfortunately the bus belonging to the NULGE failed break and could not stop, thereby colliding with the Honda EOD Which led to a collision.

As at the time of filing this report, the Rev Father was rushed to the Medical Reception Station and was responding to treatment.

The NULGE bus driver was unconscious.