The governor made the cash donation to Fuhad at the convocation ceremony of the school which took place at the institution’s Ojo campus yesterday May 23rd.

Governor Ambode also adopted Fuhad and pledged to sponsor Fuhad’s Masters programme to any University of his choice. 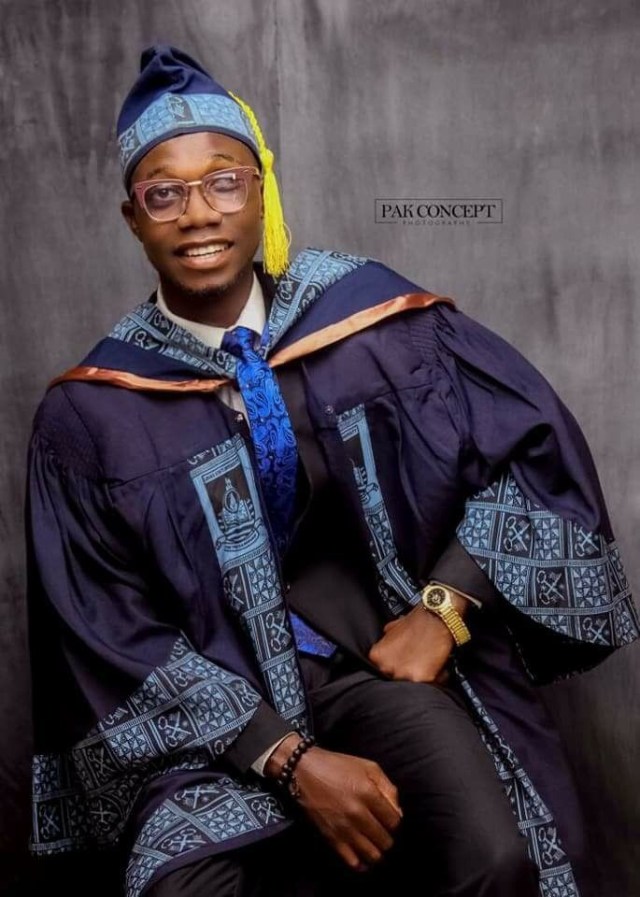 ”In response to the best graduating student’s request, Lagos State Government does not generally give scholarship anymore but only bursary. So, I adopt him.

“His story is too compelling and it reflects on my own story. So, any university he wants to go, I will do it personally; I will be responsible.

“In addition to that, because he is the best graduating student, I dash him N5million,”

Adetoro, who is of the Faculty of Management Sciences, was announced as the best graduating student having scored a CGPA of 4.78.

Giving his valedictory speech, Fuhad told the gathering that he once suffered cataract for three years and it made some people believe that his educational pursuit was a tall dream.