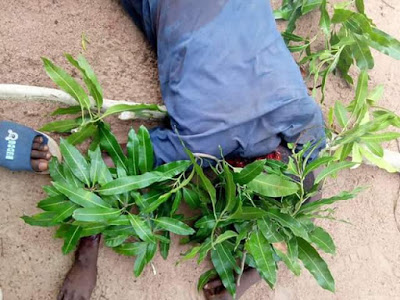 A victim of herdsmen attack

At least five farmers at Ukemberagya district, near Anyiin, in Logo local government area of Benue State, were on Thursday, killed by suspected Fulani herdsmen.

While speaking to The Nation, a community leader, Chief Joseph Anawah, who confirmed the incident, disclosed that the attackers who were armed with sophisticated weapons stormed the settlements in Ukemberagya at 6:30 a.m. and operated for about three hours.

Anawah who listed those killed as Bem Torjem, Apedzan Chia and Ikpuku Korya, said; “They moved from one village to another, shot sporadically and razed houses.” 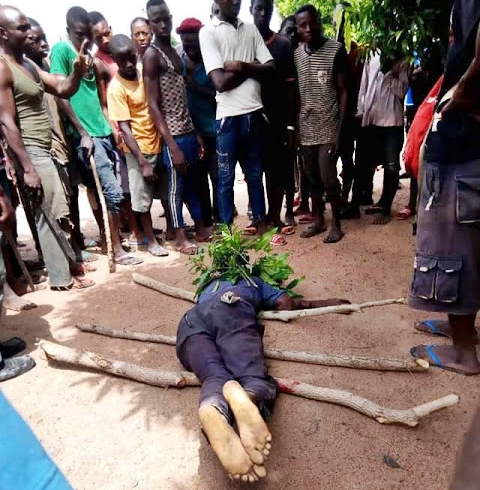 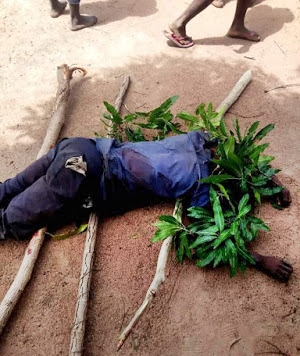 Uzodimma Harps On Synergy Among Arms Of Govt 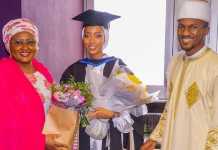 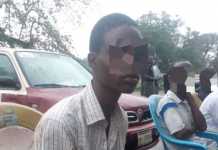 20-Year-Old Narrates How He Raped, Killed Teenage Girl In Church