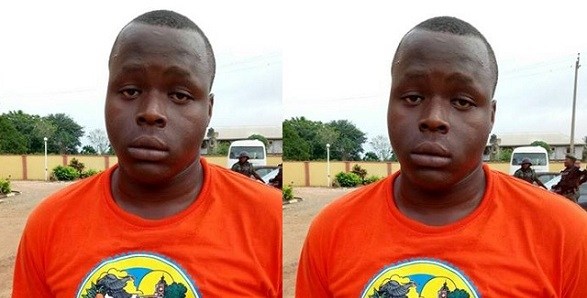 The Benin Zonal of the Economic and Financial Crimes Commission , EFCC, yesterday, May 16th, 2018 secured the conviction of one Ebi Obaro, aka Donovan Macbeth Kelvin for offences bordering on fraudulent trick and attempting to obtain by false pretences.

Obaro, in his attempt to defraud his victims through the internet, presented himself as Donovan Macbeth Kelvin in his gmail account.

Upon his arraignment at the Federal High Court sitting in Benin City, Edo State on a One count charge, Obaro pleaded guilty to the offence when the charge was read to him.

In view of his plea, the prosecution counsel, Larry Aso Peters urged the court to convict and sentence the defendant accordingly.

However, the defence counsel, R.E.O. Esite pleaded with the court to temper justice with mercies as the defendant was a first time offender who has has become remorseful since he was arrested.

He also told the court that the defendant pleaded guilty to charge so as not to waste the time of the court and has promised to desist from such despicable act.

Justice P. I Ajoku after listening to both the prosecution and defence counsel, sentenced the defendant to one month imprisonment.