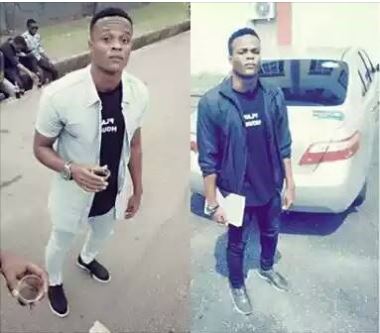 A promising 21-year old final year student of University of Calabar (UNICAL), Joseph Ita Archibong has been reportedly killed by armed robbers during an attack on his family in Calabar.

A report by Vanguard revealed that the incident occurred at 22 Duncan Street in Calabar –South LGA at about 2:am, penultimate Wednesday, when a three man gang broke into the compound of their victim with the aim of robbing them.

According to a family source: “Joseph did not know that one person was behind him because he tried to stop them while they were about leaving. The armed robber behind shot him as he was trying to struggle with the masked one.

Although he died four days after because he was shot with a locally made gun, we didn’t know that the hospital would not be able to help, if we knew we would have gone traditional to remove those bullets because they were pellet.”

The Police Public Relations Officer in the state, ASP Irene Ugbo, confirmed the incident, adding that three people have been arrested in connection to the robbery and murder.