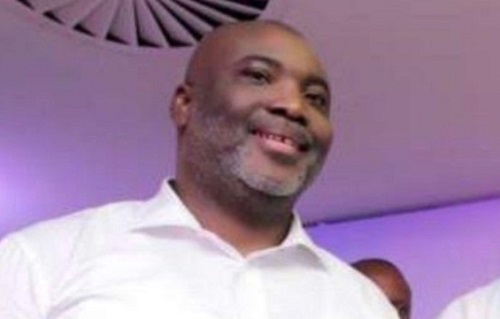 Amid the raucous of commerce and evilly disposed strife, oil magnate, Segun Adebutu, shuffled his way to the sound of music. He discarded the garment and mien of cutthroat commerce to celebrate his 43rd birthday in Malta.

The Nigerian millionaire businessman, who derives his income from his country’s oil industry, on Friday, 4th of May, organized a party to celebrate his birthday at the InterContinental Hotel in St Julian’s.

He spent over €1 million on the party which included him reserving over 400 rooms in the hotel to accommodate his guests.

The party was an extravagance of food and alcohol and cost hundreds of thousands of euros and included guest artists Ashanti, Ja Rule, and the singer Akon coming to Malta.

For the event security was strong with several sections being strictly reserved for his use. Adebutu runs a foundation in his name that helps orphans and vulnerable people. And his the second son of son of popular Ijebu lotto god, Chief Kessington Adebutu.

The privileged few that attended the birthday soiree last Friday, have not stopped talking about the lavish hospitality they were swathed with.

From rich canapés to continental dishes, cognacs to champagnes, everything that titillates the palates of millionaires on those rare outings was available at the snap of a finger.

Segun played the perfect host, moving from one table to the other to ensure his guests were having a ball and a blast.