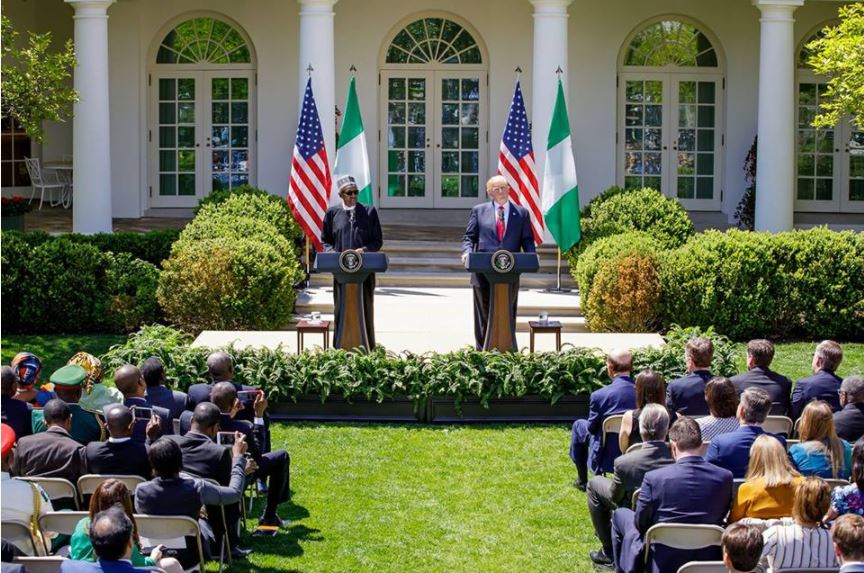 A Cameroonian journalist based in Washington, D.C, has revealed how he almost came close to asking President Muhammadu Buhari questions during his state briefing with U.S president, Donald Trump at the White House yesterday.

According to the reporter, Simon Ateba who was among other journalists present at the briefing , he was prevented by a lady from asking a question as he realized that the president had already been told of the questions which were meant to be asked. 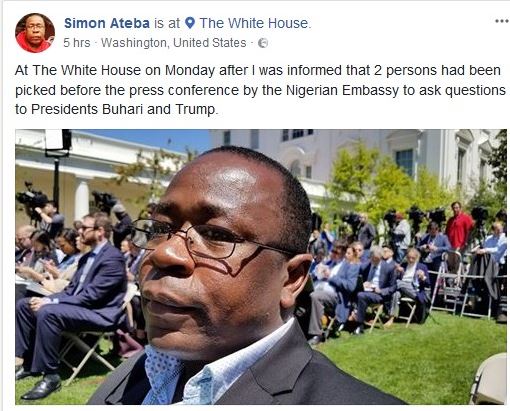 “I did not ask a question today to President Trump or President Buhari because the White House has a protocol. It asks every President to choose 2 journalists who will ask them questions. Nigerian questions went went through the Nigerian Embassy.

The President was told what they will ask him. I felt sad. I raised my hand and President Trump came close to making me ask my question. One Nigerian lady in New York was hitting me in the back not to ask a question.

It was not my day here in the Rose Garden inside the White House in Washington DC. But after the questions were asked, I realized that I may be playing on a different league. I thank God.

Being independent in journalism is crucial. But sustaining it is hard without enough ads. When the government flies you to DC, lodges you and promises you money, it’s hard to do serious journalism work. But I thank God for blessing.”

Share
Facebook
Twitter
WhatsApp
Previous articleShock As Millionaire Playboy Crashes Expensive Rolls-Royce Convertible Into A Shop (Photos)
Next articleThrowback Photo Of Tafawa Balewa During His Annual Leave In His Hometown, Bauchi In 1963
- Advertisement -