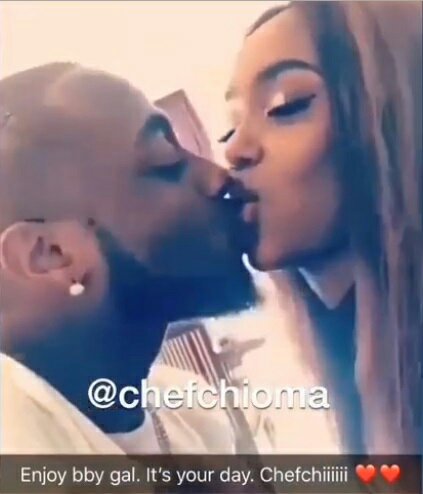 We all are aware of the depth of love that Nigerian son of a Billionaire, Davido has for his popular Chef bae, Chioma Avril Rowland, who is also from a wealthy background’.

Well, it appears the luxury assurance porshe is not enough to show the world just how much Chef Chi means to him, as the singer declares in a now viral video that he is an Igbo man.

Davido who is from a Yoruba tribe is captured on video saying; “Igbos are winning, I be Igbo”

A man who is clearly an Igbo man is heard screaming; “My In-law say it again” leading excited Davido to repeat his proclamation.