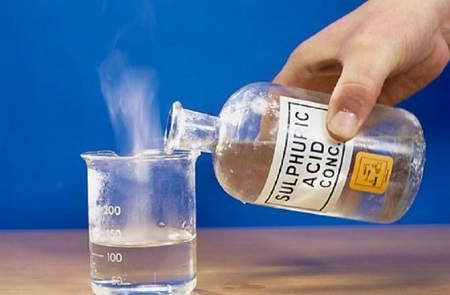 A 33-year-old jealous lover, Lukman Madotti, who allegedly poured acid on his fiancee, Toyin Muyiba, was on Wednesday arraigned before an Ebute Metta Magistrates’ Court for attempted murder.

His plea was, however not taken at the court and was remanded in Ikoyi Prisons.

The Police Prosecutor, ASP Clara Adegbayi, had told the court that the offence was committed on April 9 at 6.00 a.m. at No. 11, Alhaji Lasisi St., Idi Oro, Mushin, Lagos.

According to her, the jealous lover poured acid on Muyiba, 20, whom he had accused of flirting around. The offence contravened Section 230 (1) of the Criminal Law of Lagos State, 2015.

The News Agency of Nigeria (NAN) reports that the offence attracts life imprisonment, according to the provisions of the Criminal Law.

The Magistrate, Mrs O.A. Olagbende, who gave the order, said the accused should remain behind bars pending advice from the Lagos State Director of Public Prosecutions (DPP).

She adjourned the case until June 4 for mention.