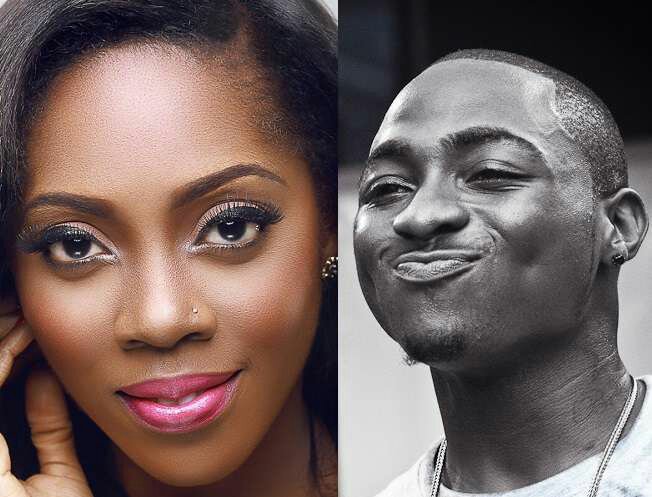 What happened like a little joke seems to have metamorphosed into an underground war as Davido and Tiwa Savage have unfollowed each other on Instagram.

It started on Twitter when Wizkid announced his search for a sister, a line from Davido’s latest song Assurance.

Davido had replied to the tweet mentioning Tiwa’s name an indication that he was privy to the viral rumours about Wizkid’s and Tiwa’s affair.

Although Tiwa had responded to the tweet in a playful manner, a follow up has shown that she really didn’t find Davido’s tweet funny for tweeting about her.

Right now both top entertainers are no longer following each other on Instagram and it is not clear who left first. 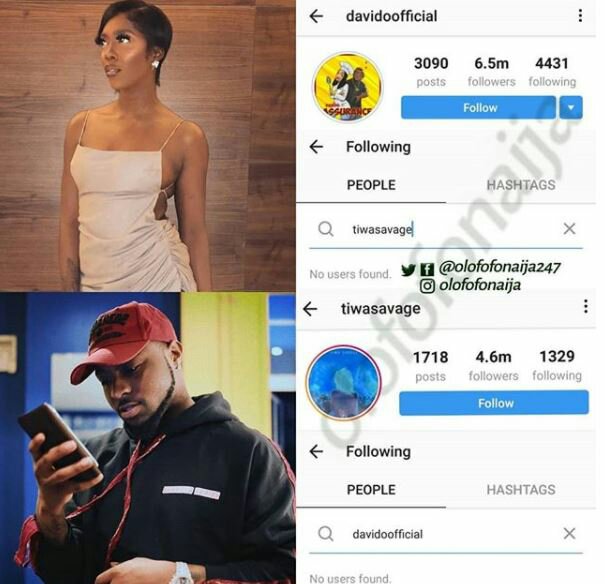