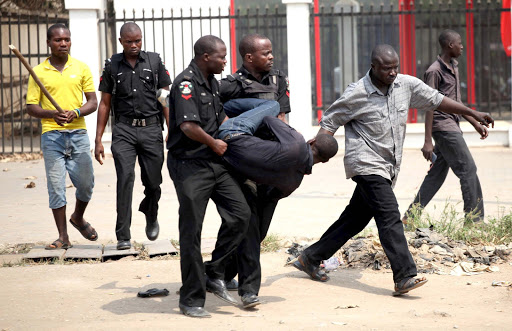 A seven-year-old girl has been raped by her step-father’s neighbour, who injured her private part in the process. The girls’ step-father, Sulaiman Abdu, of Katoge village in Dandume Local Government Area of Katsina State, reported the incident at the Dandume police station.

Abdu told the police that the accused, Hussaini Surajo, allegedly lured the girl to a farm where he forcefully had sex with her.

The girl reportedly sustained injuries in her private part while traces of Surajo’s sperms were also found in her vagina.

The police consequently arrested Surajo and charged him to court for rape contrary to Section 283 of the Penal Code.

The police First Information Report on the incident was read at the Katsina Senior Magistrate’s court on Monday.

It read, “You, Hussaini Surajo, 19 years, alias Mallam , deceived and took the victim inside a farm of one of your friends of the same address and forcefully had unlawful sexual intercourse with her.

“As a result, you released your sperm in her private part and also wounded her vagina, contrary to Section 283 of the Penal Code.”

Surajo has been remanded in prison custody till May 10, 2018 when his case would come up for mention before Senior Magistrate Hajiya Falile Dikko.