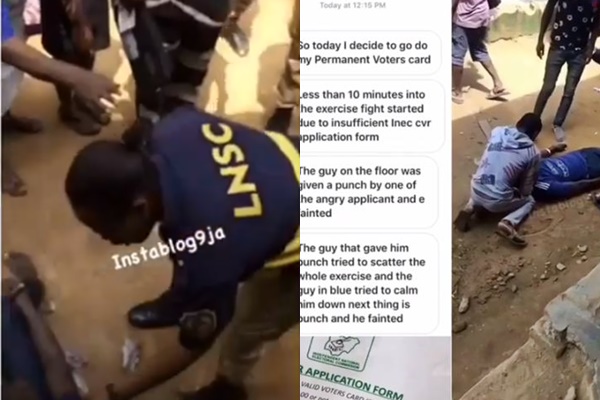 Some Nigerians who were in a queue at a PVC registration centre earlier yesterday at the Alapere area of Lagos, were left in panic and total shock after a young man fell on the ground and fainted when he was punched.

According to an eye witness who made the revelation on a popular online platform, a fight broke out due to insufficient INEC CVR application forms, and a man was punched.

Below is how the incident was narrated as well a video clip from the scene; 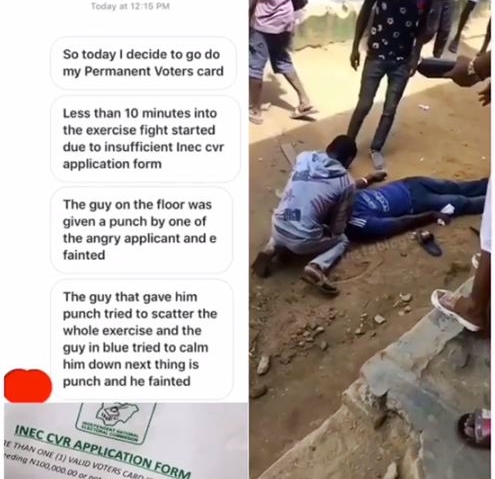