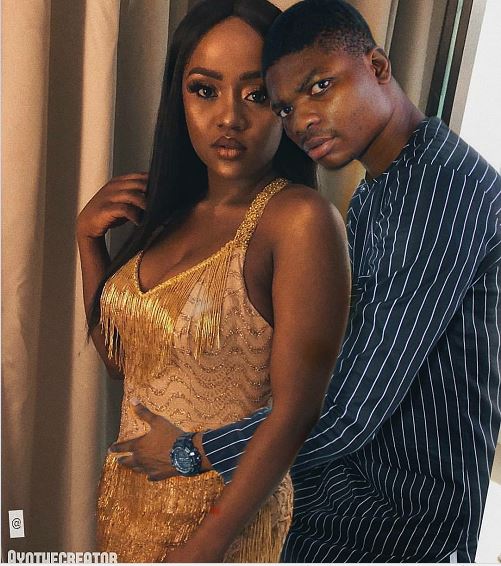 Chioma and the photo editor

This is a viral doctored photo of a man posing with singer, Davido’s girlfriend, Chioma Rowland in a suggestive manner.

It would be recalled that Davido has been loudly singing the praises of the Babcock University student who he gifted a brand new Porsche car on her birthday yesterday.

Chioma and Davido have become the talk of the Nigerian social media space and this young man as seen above has decided to tap into the gist. He was pictured holding Chioma from behind just as if the duo share something.

The photoshopped picture has gone viral with interesting reactions online.

Diri To Buhari: Bayelsa Has No Grazing Routes, We’re Fishermen

Matawalle On Banditry: Things Are Getting Worse By The Day In Zamfara