Man Utd vs Chelsea: Conte Insists He Will Leave Chelsea As ‘A Hero’ Ahead Of FA Cup Final 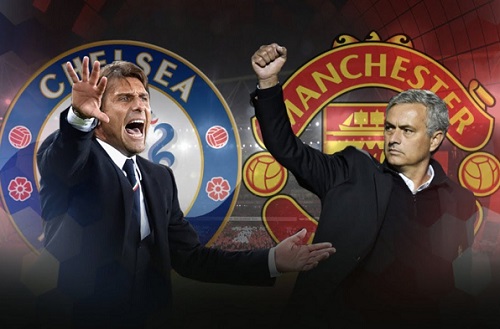 Antonio Conte has insisted that he will always be a ‘hero’ for Chelsea’s fans following his Premier League title success in his debut season, regardless of the FA Cup final result against Manchest United at the Wembley Stadium in London on Saturday.

The Italian boss is expected to leave Stamford Bridge this summer after reported clashes with the club hierarchy over transfers, where a disastrous run of form this term – which ensured the Blues finished fifth in the Premier League – has led to no Champions League football next season.

Despite the magic of season 2016/17, the fall from grace for Conte has made it so that even an FA Cup final victory will fail to make up for a disappointing league campaign.

Yet, Conte can lift his second trophy in as many years at the club with victory over Manchester United on Saturday and the Chelsea manager insisted that he is convinced that his legacy at the club would remain in tact, even if defeat is suffered at Wembley.

While speaking to Independent UK on Chelsea’s drop in form, Conte said: “I didn’t change my commitment for the club. My commitment has always been the same. Maybe this season we worked harder than last season.

“I don’t know if something has changed…we were heroes for Chelsea’s fans. Now our stance, me and the players, has changed…I don’t know. But in my soul and my heart, I’m always a hero because I gave 120 per cent, [and] also this season to solve the problems.

“In every season you must divide the responsibility, positive or negative, with three parts: club, manager and players. Last season we were heroes. This season we are…I don’t know what we are to people, but I don’t care. It doesn’t matter.”

When asked if the FA Cup final will have an impact on his future at Stamford Bridge, Conte said: “I don’t know, I don’t know. It’s not a question for me.

“I don’t think I’d be the right person to say: ‘Okay, if we win I plan this situation,’ or if we don’t, ‘we plan another situation’. I’m not interested in this. I’m interested in winning the final. This is the most important thing for me, for my players.”

“As you know very well, our job is very difficult. Sometimes you can win but the club decides to sack you anyway because they have a reason to do this.