Matthew J. Jones, 30, is the owner of MJJ Exclusive, a company that specialises in supplying luxury timepieces and jewellery to VIP clients worldwide.

Based in the midlands, the business has gone from strength-to-strength since the Nottingham-born salesman cut his first deal with Norwich striker Grant Holt in 2012.

In fact, now Matthew is delivering first-class goods to the best footballers in the world.

From customised watches to diamond chains and even gold iPhones, Matthew and his team deliver bespoke luxury products day in, day out.

SunSport caught up with Matthew and discovered that some players are splashing out hundreds of thousands per year on rare watches and jewellery. 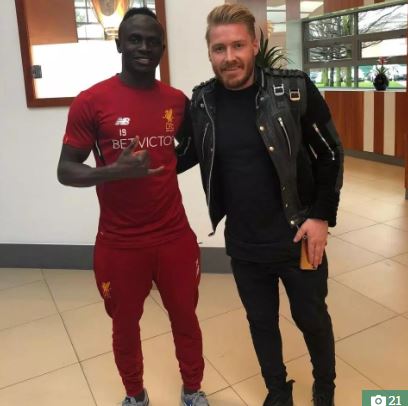 First, Matthew explained how he got involved with footballers.

“I’m from a big footballing family,” he began.

“My dad is Mick Jones, who was at Derby County when Brian Clough was manager.

“He also went on to work with Neil Warnock as his assistant manager at various clubs.

“He managed in the Premier League with Sheffield United and QPR.

“My godfather is Roy McFarland, who played for England and Derby County too.

“So I grew up around football all my life and became friends with a lot of footballers.

“I’d always been interested in brand building and had an obsession with luxury brands.

“I loved the fashion industry and with that came a passion for high-end watches and jewellery.

“It all started when a friend offered to give me some watches to sell and we would split the profit.

“I went to all the football agents in England and introduced myself. The agents were great to me. I actually began selling more watches to agents than footballers at first!” 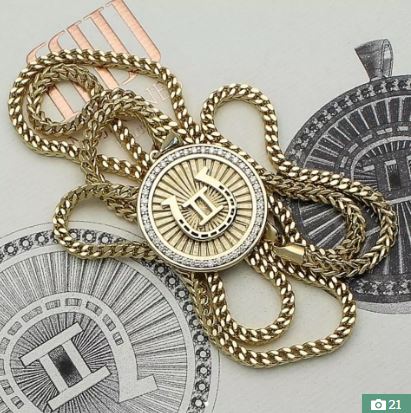 Matthew’s breakthrough with footballers came when he was introduced to beefy Norwich City striker, Holt.

“One of my friends was mates with Holty and he told me that he was after a watch and said we should meet,” Matthew explained.

“I traveled to Norwich, was introduced to him and we got on well. After travelling four hours, I was relieved to have completed my first deal!

“I started dealing with more Norwich players. They trusted me and they were a great bunch of lads.

“That was my first year in business and my football client base just grew.

“I quickly found out as long as you look after players, they will look after you.

“Holt introduced me to a load of the lads, I traveled around the country selling to a host of clubs.

“I also used to reach out to footballers on Twitter and managed to organise meetings and sell watches that way.” 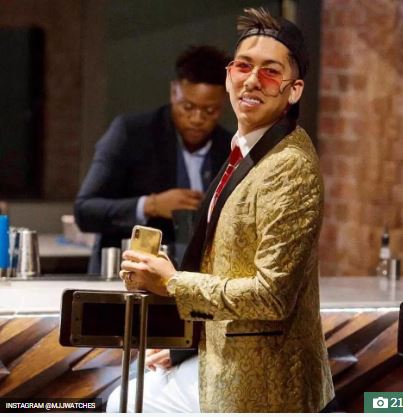 After a successful first year selling brands such as Breitling and Tag Heuer an ambitious plan was formed.

Matthew wanted to produce his own bespoke pieces, introduce a customising team and a VIP service that helped provide a first-class experience for his clients.

“I wanted to create the brand MJJ Exclusive and created the emblem, which represents my name Matthew James Jones.

“We connected with more brands and started using social media, showing the partnerships we were building.

“I brought in a business partner because it was getting so busy.

“The travelling was insane. It could be so hectic, I’d regularly travel to Scotland and back in one day, and these days it is more European visits and more miles!

“It was amazing to see the growth. And every time a player moved, that was even better.

“They’d say to their teammates, ‘Have you heard of MJJ?’ And that would spread the word.

“I’m always thankful for the people that built this brand. Aside from the team I have working with me, it’s the footballers and celebrities that put us on the map.” 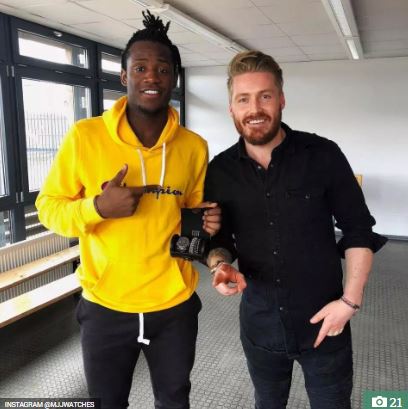 Matthew pointed out what sets MJJ apart and why they’ve become such a favourite for elite players.

Perusing through their website, we discover watches priced up to £200,000. But that doesn’t deter footballers from being interested in the slightest.

“We take the product to the customer,” Matthew enthused.

“An average person can walk into a high street jeweler.

“But these footballers travel the world, they’re busy. And for someone who plays at the highest level, they sometimes don’t have the same freedom to walk into a retail store.

“They want someone to take the product to them, someone they trust and someone who guarantees delivery.

“Quite often, the items they want are very rare. We have a specialist procurement team that sources these items specially for our clients.

“We go into football clubs, we go into training grounds. We have VIP managers who look after their customers.

“But my main role in this company is create and connect brands with celebrities.

“We have meetings with players at elite and international level such as French champions PSG, Manchester City and Real Madrid.

“I will be spending time with some of the players and their families during the World Cup.

“It’s always a real pleasure to spend time on a more personal level as well as a business one.

“It’s all about brand building, relationship building and connecting luxury items with footballers.”

Much more than just a watch distributor, MJJ Exclusive, who now have a staff of 18, have branched out further afield.

You can also buy watch winders, eyewear, jewellery boxes, travel rolls and even safes from their website.

“If they want a rose gold phone that needs building, we’ll build it,” Matthew said.

“We recently designed a pendant for a player that moved for £50m.

“His wife came to me and said she wanted something special and unique to represent the move for him.

“It meant a lot, so I created something totally different and in-house. Our designers created concept images, and once agreed the project could begin.”

Watches will always be the status symbol that measures wealth and success.

And footballers love to customise their own expensive timepieces.

“We do a lot of customisation. They ask what’s in fashion, so we create bespoke pieces.”

“I did a very unique dial for Hector Bellerin,” Matthew revealed.

“He’s very fashionable, he wanted something different. So we created a deep blue dial stripped back on a Day-Date with his initials on the dial.

“We created a full Black-Out of the especially rare Rolex James Cameron with a deep blue dial for Morata too.

“A couple of other Chelsea players want watches iced out, so we’re creating fully set diamond pieces for them.

Matthew admitted he loves his job, excessive hours and travelling has its up and downs, but no two days are the same.

“I delivered an engagement ring to a player in Ibiza during the summer who was proposing to his wife,” Matthew said.

“During an average week I can spend more than half my week overseas, so I’m all over the place.

“I recently flew to South America to attend the wedding of a Colombian international.

“We designed his and his wife’s wedding rings and he asked me to deliver them on his wedding day.

“I spent the whole day with them and was the only English guy there!

“I regularly go to Rome. When I’m there, I do a tour and go to three or four clubs.

“I get offered access all areas to most games. Footballers are really great guys, they look after you.

“But whether I’m having a kickabout with Benjamin Mendy at his home or playing basketball with Dele Alli, the perk for me is to do something unique and create it.

“And I love how appreciative footballers are. That’s something not a lot of people ever get to see.” 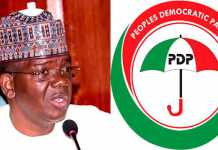