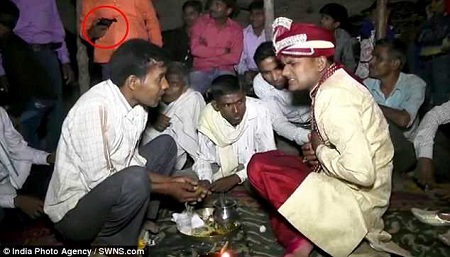 Newly-married Sunnil Verma, 25, was celebrating the occasion in a circle with guests before the shooter (circled) struck him in the chest

The moment a groom was shot dead at his own wedding by an unknown gunman has been captured on camera.

According to Dailymail, the newly-married Sunnil Verma, 25, was celebrating the occasion in a circle with guests before the shooter struck him in the chest.

A video taken by the wedding photographer shows a man in orange clutching a gun, which goes off when he seemingly adjusts the top of the pistol. The groom looks around towards the shooter, before it fires for a second time, and he clutches his chest and falls forward.

Police in in Uttar Pradesh’s Lakhimpur Kheri district in India are hunting for a man on suspicion of murder. 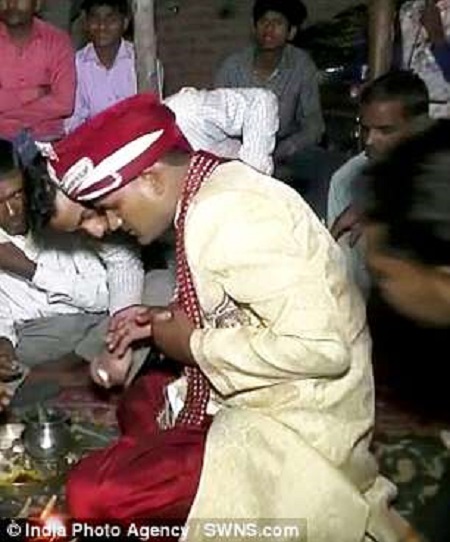 A police statement read: ‘Prima facie it appears that the groom was killed during the celebratory firing, but police are probing other angles too.’

The killing seems to have happened during celebratory gunfire but it is not clear if the incident is thought to be intentional or an accident. 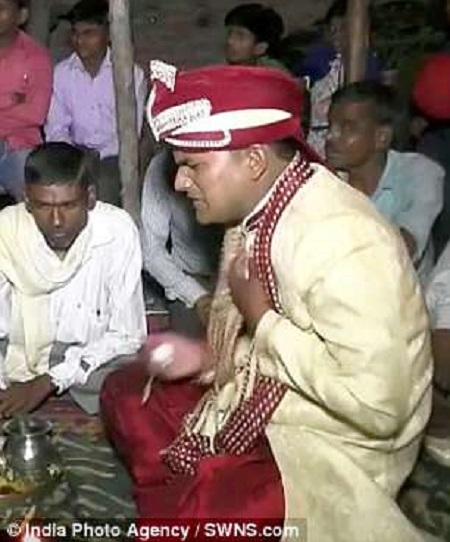