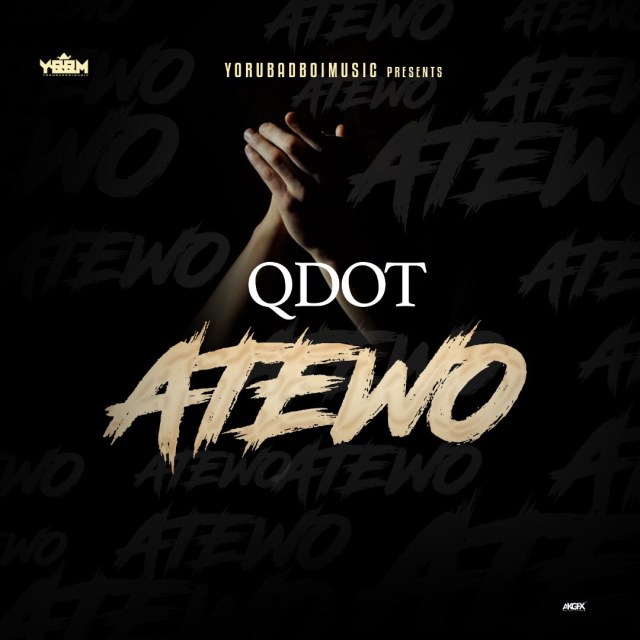 FAKOYA QUDUS OLUWADAMILARE, better known by his stage name Qdot, is a Nigerian musician from Lagos State, Ikorodu. He rose to prominence with his song “Alomo Meta” in 2013.

Qdot was born in Ikorodu, Lagos State, where he grew up with his family. He attended the UNITED SENIOR HIGH SCHOOL. He graduated from YABA COLLEGE OF TECHNOLOGY LAGOS STATE

Qdot began his music career in early 2010. He has worked with several producers, including Antras, Indomix, Dtunes, Citi Boi And so on.

Qdot first musical release was “Story Of My Life”.

When the song was released and sent to radio stations in Nigeria, it received great acknowledgement from the public
The song became Radio Continental’s theme song.

In 2014, Qdot released “Ibadan” featuring YBNL Boss “Olamide”. The music video for the song was shot by HG2 and was endorsed by all TV Stations.

In late 2014, he released another single titled “Orijin”. Like its predecessors, the song received rave reviews.
In the same 2014, Qdot was featured on the track “Baba Alaye” By Jhybo. It was played on all Stations.

In 2015 Qdot release another street banger “Ibeere (Question)” the video was shot by HG2 in Lagos which featured cameo appearances from Nollywood actors “Ijebu”, Gabriel Afolayan and many more.

For several weeks, the song was on replay on so many radio stations and video was accepted on all TV Stations.
Qdot was dropping bangers back to back in 2015.

He gave the street a freestyle titled “Weray Wa Nle” and also back it up with the most loved song on the street “Alhaji”. Production credit goes to Antras.

Qdot was featured on one of the Biggest Fuji artist Hip-hop album released titled MY WORLD by Pasuma, the track he was featured on happens to be the biggest song on the Album. The track is titled “Olohun OJe” The video was shot by Award winning director “Clearance A Peters” in Lagos.

Qdot performed at Olamide’s concert “OLIC” in 2015 held in Eko Hotel and Suite. He also graced the stage at Felabration that same year.

He has performed at several club tours, both in Nigeria, London and Dubai.

Early 2016 and 2017 respectively Qdot headlined a concert tagged Qdot and Friends. The show was held in Ikorodu and IKEJA , it was organised by Billy Q Ent Award wining promoter in London and PAKOTUNEZ also supported by Naijaloaded and Many more.

The likes of 9ice, Pasuma, Jaywon, YQ, Jhybo, Small Doctor, Terry G And many more were presents at the concert.
In June 2016, Qdot released another single titled “Turn Up” wish was a groove on. Also produced by Antras.

Meanwhile in November 2016, Qdot released another street banger featuring YBNL/YAGI artist Lil Kesh titled “La La Lu” which took over the street and posh. The video was directed by HG2 in Lagos.

In march 2017, Qdot release his first single for the year titled “Apala New School” which was a massive HIT and also street anthem.

The video was shot by HG2 somewhere in Lagos and was released July 2017.

Qdot Alagbe is currently under his own entertainment outfit YORUBADBOI MUSIC , Managed by his long time renowened manager AFOLABI AHMED.