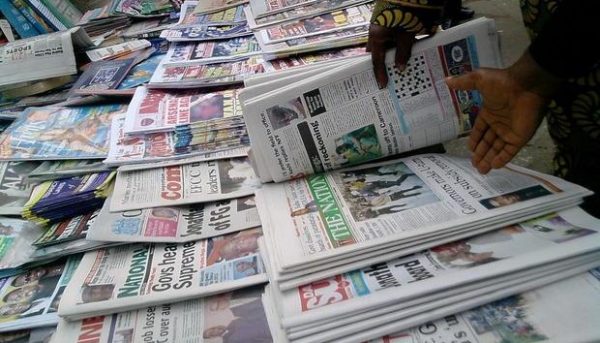 Buhari could spend five hours on a bottle of soft drink –Garba, ex-driver

When Corporal Tumba Garba (retd.) joined the Nigerian Army on July 21, 1965, two years before the start of the civil war, he had no idea he would become a driver to the top brass in the military, some of whom later went on to become the country’s heads of state.

Imo State Governor Rochas Okorocha has vowed that he will not allow Senator Ifeanyi Araraume and  others in the newly formed Coalition of the All Progressives Congress(APC) in the State destroy the party just like they did with other parties.

Buhari Returns 24-Hour Ahead of Schedule, Readies for 2019

Twenty-four hours ahead of his scheduled return from London, United Kingdom, where he had gone for a four-day medical trip, President Muhammadu Buhari returned to the country yesterday evening in a manner that took many by surprise.

My wife had sexual affair with Bishop, deacon – Pastor cries out

A pastor’s wife, Mrs Uzoamaka Ibeneme, on Friday, lost her 21-year-old marriage, when an Igando Customary Court in Lagos, dissolved the union on grounds of adultery.

Nigeria’s minister of health has refused to criticise the country’s president’s preference for seeking medical attention in the United Kingdom.

The Chairman of the APC Electoral Committee and Nasarawa State Governor, Alhaji Tanko Al-Makura has rolled out conditions delegates for tomorrow’s APC governorship primary must fulfill to be allowed to vote for their choice candidates just as he promised massive security within and outside the venue of the exercise.

Offa community in the Offa Local Government Area of Kwara State has offered to build a N400 million police barrack as part of measures to ensure security of lives and property in the  town.

For helping the federal government  rake in  N13.8 billion from tax evaders,14 whistle blowers have been  rewarded with the sum of N439.276 million.