A 34-year-old Nigerian man who illegally resided in Houston has been ordered to prison for his involvement in numerous Business Email Compromise (BEC) schemes. Samson Olugbenga Oyekunle pleaded guilty to conspiracy to commit wire fraud Oct, 6, 2017.

Today, U.S. District Judge Melinda Harmon ordered Oyekunle to serve 63 months in federal prison. He initially came to the United States on a student visa, but not a U.S. citizen, he is expected to face deportation proceedings following his sentence.

At the hearing, a victim spoke before the court as to how this case has devastatingly affected him and his law practice. Judge Harmon further ordered Oyekunle to pay restitution to the victims he defrauded.

BEC fraud is a sophisticated fraud targeting businesses that regularly perform wire transfer payments. The fraud is carried out by compromising legitimate business e-mail accounts through social engineering or computer intrusion techniques to conduct unauthorized transfers of funds. The front end fraud of these BEC schemes originates from international locations.

The fraudsters will use the method most commonly associated with their victim’s normal business practices and make victims believe the emails are coming from a legitimate source. 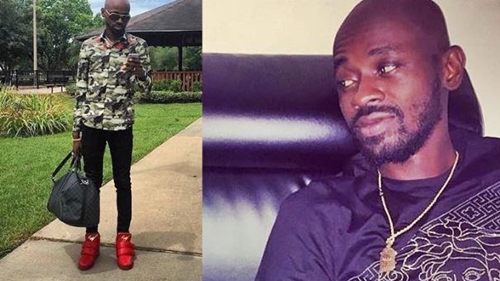 Others, such as Oyekunle, working within the conspiracy open bank accounts with counterfeit passports that are being funded with fraudulent BEC wire transfers. These domestic bank accounts are a crucial component of the fraud scheme being a success.

From on or about Jan. 1, 2016, through February 2, 2017, Samson Oyekunle was involved in numerous BEC schemes. Co-conspirators, working outside the United States, caused funds obtained through a variety of BEC schemes to be wire transferred into the various bank accounts Oyekunle fraudulently opened.

Oyekunle would open bank these bank accounts in or around the Houston area with counterfeit passports in order to facilitate fraud payments into these accounts. Oyekunle opened numerous bank accounts at several financial institutions including Chase Bank, Bank of America, Capital One Bank, First National Bank of Texas, and Wells Fargo Bank.

A total of 30 fraudulent wire transfers totaling $823,765 were taken from victims across the United States under false pretenses and were deposited into these accounts.

Oyekunle has been and will remain in custody pending transfer to a U.S. Bureau of Prisons facility to be determined in the near future.