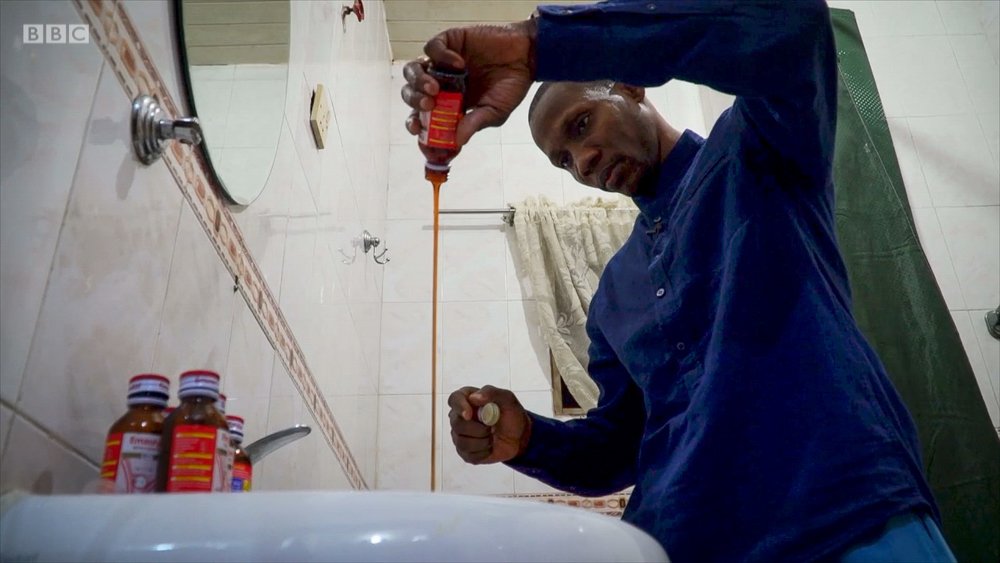 In Nigeria, an addictive drug is destroying young lives – codeine cough syrup, a medicine that’s become a street drug. The fact that many young Nigerians have for a long time abused this drug is no longer news.

However,  the Federal Ministry of Health has directed the National Agency for Food and Drug Administration and Control to ban with immediate effect further issuance of permits for the importation of codeine as active pharmaceutical ingredient for cough preparations.

This ban comes less than 24hrs after a BBC BBC investigation into its role in an addiction epidemic. According to Punch, the Minister said cough syrups containing Codeine should be replaced with dextromethorphan which is less addictive.

He noted that NAFDAC had an emergency meeting with the Pharmaceutical Manufacturers Group to inform them that there is an embargo on all new applications for registration of codeine-containing cough syrups as well as applications for renewal has been abolished.

Less than 24 hours after our film Sweet Sweet Codeine aired, the Nigerian government announced a total ban on cough syrup with codeine. No more #codeinediet?