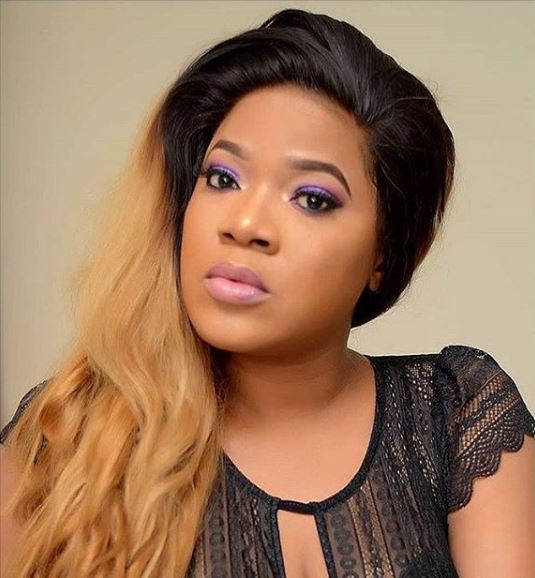 Nollywood actress and one of the most influential celebrities today, Toyin Abraham has found love once again and is officially and completely off the market, according to BroadwayTV.

The TV media house says it can exclusively confirm that Toyin Abraham said yes to the man in her life last night in front of her family and friends.

The man in question is one who do not like to bare himself to limelight but all you need to know is that he is a senior lawyer who can’t wait to spend the rest of his life with the Nollywood actress.

According to a very reliable source, the man popped the question with a ring that costs millions of naira. It was also said that the two are completely in love with each other and are both ready for the next phase in their lives.

Toyin Abraham parted ways with her estranged husband, Adeniyi Johnson in the year 2015 over allegations of cheating. She later dated Seun Egbegbe who has been linked with cases of fraud and has been languishing in police cell for over a year now as the cases against him are yet to be concluded in court.

On the other hand, Adeniyi Johnson is also engaged to his industry colleague, Seyi Edun and the duo will get married this year.