A Ford Ranger with vehicle number KHL 382CL, had an accident alongside a commercial car, at Zarama axis in Bayelsa state.

Local reports show that the Ford Ranger somersaulted almost 10 times, but recorded no casualties as all six victims came out unscathed from the crash.

A pregnant woman, who was reportedly among the victims is said to be very okay and sustained no injuries.

Men of the road safety corps, Bayelsa police command arrived the scene to handle the situation. 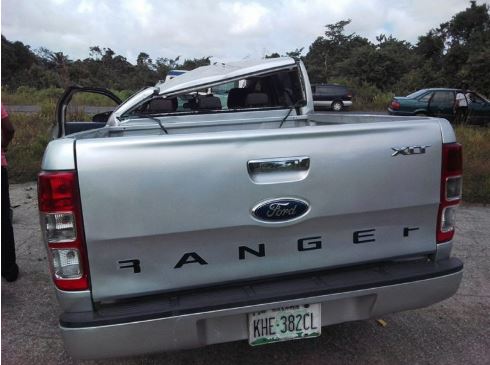 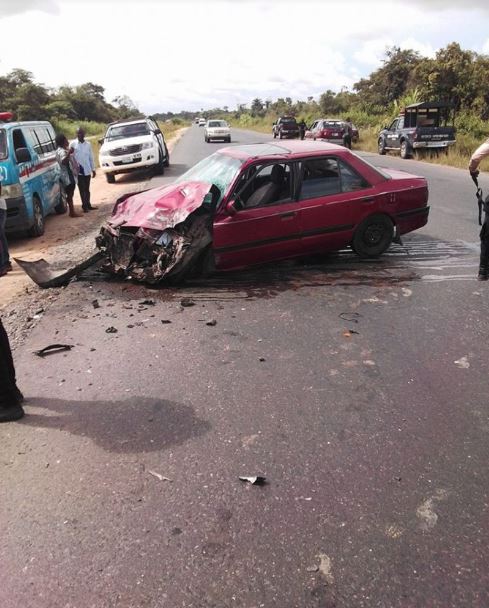 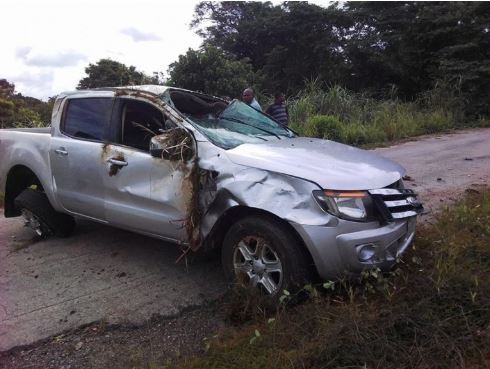