Omoge Campus: Estranged Husband Opens Up On What Happened The Last Time They Met 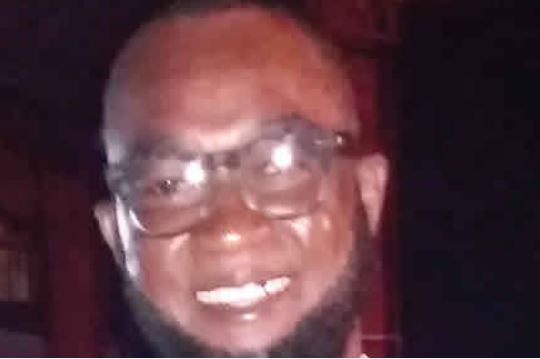 Although the remains of Aisha Abimbola popularly known as Omoge Campus have been laid to rest in Canada, it did not stop her colleagues from holding a candlelight and prayer session for the repose of her soul in Lagos.

In a recent chat with Saturday Beats the actress’ late husband, Mr. Ibrahim Okunola said that contrary to reports making rounds, he was still legally married to the deceased till her demise.

Okunola said, “It is a lie that we had divorced. We had not lived together for about seven years but we were still legally married till she died. The reason we were separated is a family issue. I would miss her till I die because she was a virtuous mother and a go-getter. I gave her the nickname, Magic Aisha because she had a way of achieving her dreams and goals. She was someone that would give you her shoulder to lean on and her listening ears no matter what you are going through. Even when she was not in my house again, if I had any issue in life, I always called her.”

Also a thespian like his wife, Okunola said that it was his late wife’s wish not to alert the public about her battle with cancer. He said that his hands were tied as he had to respect her wish.

Okunola described his wife as a fighter whom he believed would win the battle against cancer but sadly, she lost the fight. “The late Aisha was my wife and her death has made me very sad. I knew she had cancer but we did not see her death coming. I thought she was going to survive the battle against cancer because she was a fighter and she really fought cancer. Though most people did not know about her ailment, she gave cancer a good fight before she died. She did not tell people that she had cancer because she did not want people to pity her neither did she want to beg the public for money. Aisha was someone that respected my opinion and vice versa. Whenever she said something, I normally agreed with her. We discussed the issue of telling the public about her illness but she refused to open up to the public and I had to respect her opinion.

“The last time I saw her was a week before she travelled out of the country and if I am correct that would be December 23, 2017. She wanted to travel with our children to America and she needed some documents so she asked me to come with the documents she needed because for about seven years, we had not been together but we were still legally married. We actually met in Femi Falana’s office for her to get the documents. After I had given her the required documents, I told her that she looked so lean, the next thing she did was to look at me and begin to weep. I had to comfort her and tell her that I would be with her in America the following year because I believed she was going to survive the illness being the fighter that she was. Sadly, she did not win the battle against cancer,” he said.

Okunola further seized the opportunity to thank his late wife’s boss, Saidi Balogun, for being a strong pillar of support for the family in their time of mourning.

“I am also very grateful for the support of The Golden Movies Ambassadors of Nigeria led by Saidi Balogun. They did not only hold a successful candle light and prayer session for my late wife in Nigeria but they stood by our family in our time of grief,” he said.