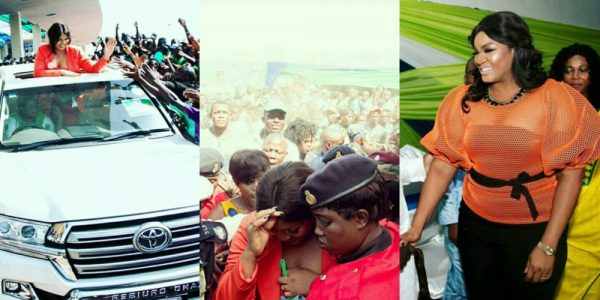 Veteran Nollywood actress, Omotola Jalade-Ekeinde was mobbed by fans in Sierra Leone, while she was going for the President’s inauguration.

See the photo and her reaction below:

In another news, Nollywood actress, Mercy Johnson-Okojie and her husband Prince Odianosen Okojie were the guests of the president of the Republic of Sierra Leone, Brig Gen Julius Maada-Bio and his wife Fatima Maada Bio at their home in Freetown, Sierra Leone. 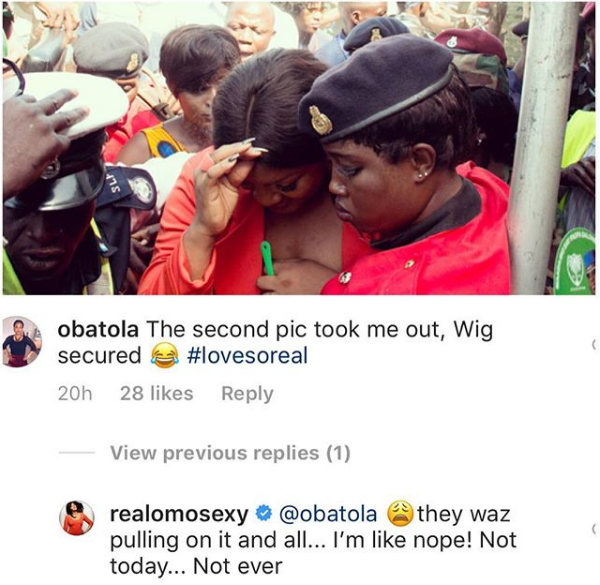 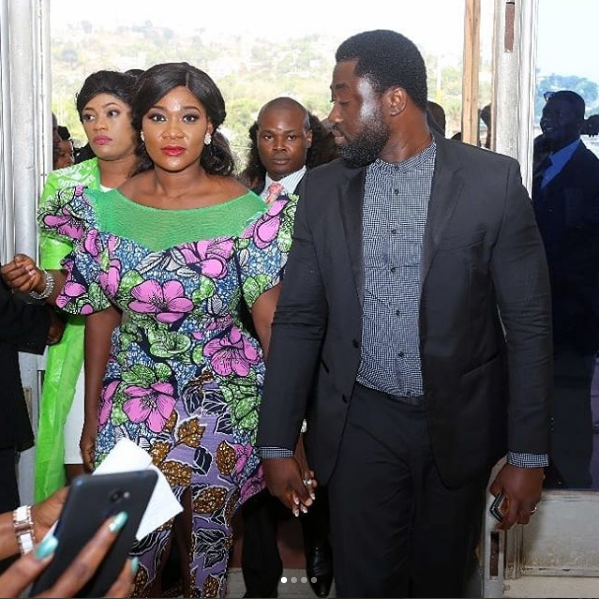 The parents of 3 were a special guest at the inauguration ceremony at the national stadium, a cocktail and the state ball which took place afterward. 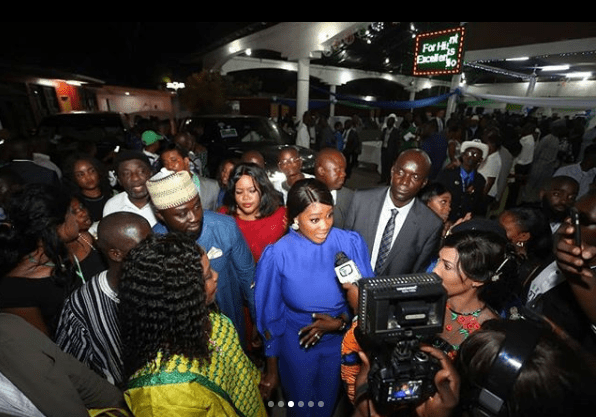 The Nollywood star, who was styled in a custom made Jane Michael Ekanem Ankara dress, and her husband were also the guests of President Brig Gen Julius Maada-Bio and his wife, Fatima Maada Bio at their home in Freetown, Sierra Leone.

The president and his wife entertained the star and her husband to dinner on terrace of their home in the hillside of Freetown.