Our Greatest Hope Is For Peace – Donald Trump Says At U.S. Embassy Opening In Jerusalem

Information Nigeriahttp://www.informationnigeria.org
Information Nigeria is Nigeria's No.1 Information Portal.
President of the United States of America, Donald Trump, has said that the country’s greatest hope is for peace to reign supreme as U.S embassy is today, established in Jerusalem. 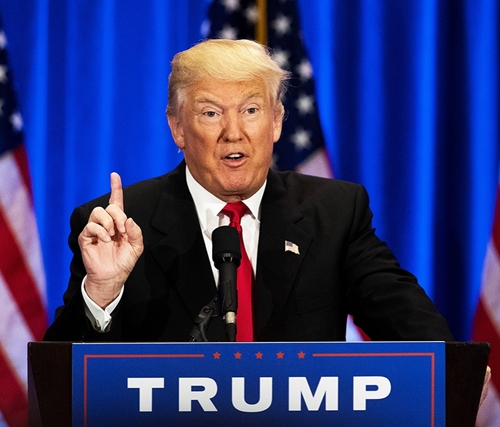 President Donald Trump, in a recorded message at a ceremony opening the U.S. embassy in Jerusalem, said on Monday he remained committed to peace between Israel and the Palestinians.

“Our greatest hope is for peace,” said Mr Trump, whose recognition of Jerusalem as Israel’s capital and relocation of the embassy to the holy city from Tel Aviv, has outraged Palestinians and drawn international concern.

“The U.S. will always be a great friend of Israel and a partner in the cause of freedom and peace.”

On the Gaza border, at least 41 Palestinians were killed by Israeli gunfire in the latest in a round of protests dubbed the “Great March of Return”, health officials said.

Mr Trump’s recognition of contested Jerusalem as Israel’s capital in December outraged Palestinians, who said the U.S. could no longer serve as a honest broker in any peace process with Israel.

Palestinians seek East Jerusalem as the capital of a state they want to establish in the occupied West Bank and the Gaza Strip.

Israel regards all of the city, including the eastern sector it captured in the 1967 Middle East war and annexed, as its “eternal and indivisible capital” in a move that has not won international recognition.

Share
Facebook
Twitter
WhatsApp
Previous articlePanic As Woman Is Found Dead Near A Village In Niger State (Photo)
Next articleMother Shoots Man Dead In Broad Daylight Outside A School…You Won’t Believe Why (Photos)
- Advertisement -Ad ==> Discover how a young Nigerian graduate now makes a consistent 40k per week doing a legitimate online business. You too can start yours now, click here!!!