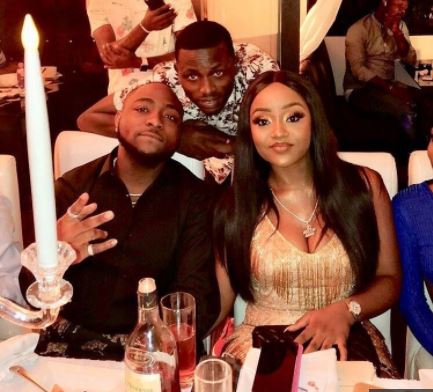 Singer, Peter Okoye has reacted to Davido’s expensive birthday gift which he got for his girlfriend, Chioma.

Nigerians were stunned recently when pop star, Davido gave a car gift to his girlfriend, Chioma on her birthday. Many social media users who were impressed by the generous gesture, took to social media to praise Davido.

The singer gave kudos to Davido on his Instagram page on Tuesday, May 1, 2018, where he said he loved when men know how to treat their women right.

“Nothing impresses me more than when a Man treats a Woman right and makes her the center of his world. 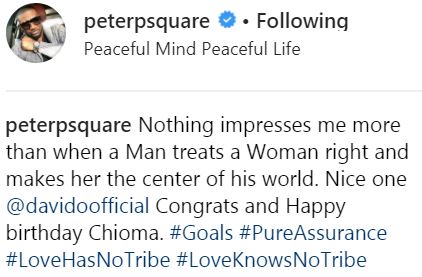