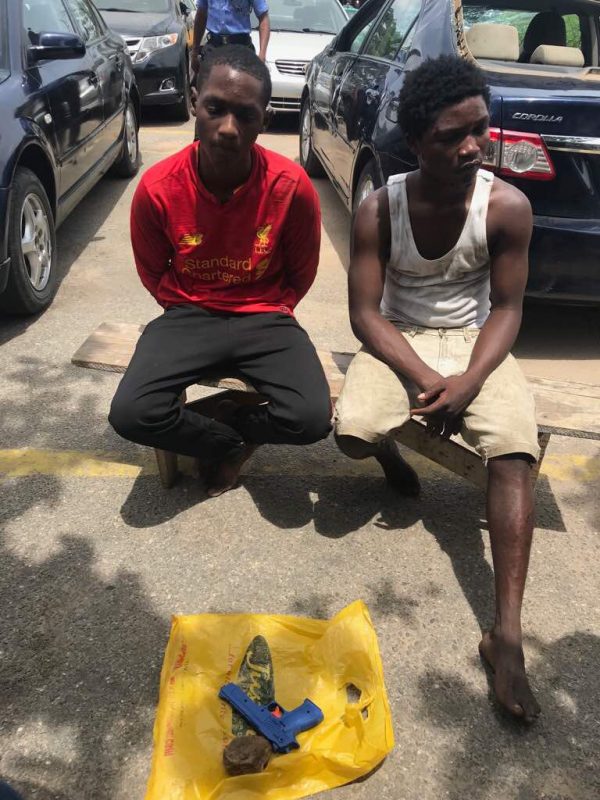 Two Young Men were disgraced Today after they were caught trying to steal a Toyota car with Toy Gun, The yet to be identified men were caught after they threatened the owner of the car and broke the back screen.. They were beaten and handed over to the rapid Response squad in Ketu Bus stop.. 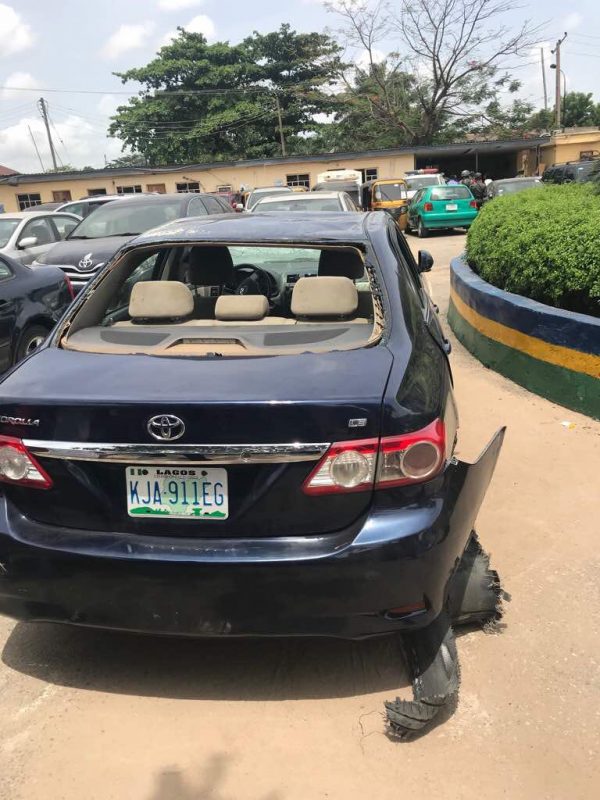