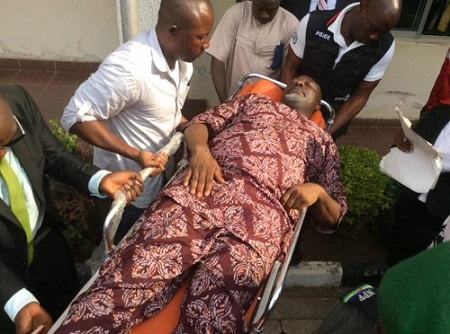 He was brought before a Magistrates Court in an ambulance by the police authorities.

The Senator was earlier taken to the office of the Special Anti-Robbery Squad (SARS) in the north-central state, was guarded by armed policemen.

According to the police, Melaye is being arraigned for an alleged criminal conspiracy, causing damage to government property, attempted suicide and escape from lawful custody. 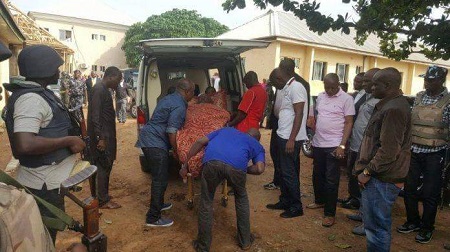 The senator’s arraignment today follows his discharge from the National Hospital after he was confirmed fit for trial.

Melaye landed in the National Hospital after he reportedly jumped out of a moving police vehicle on April 24 while being conveyed to Kogi State.

He was also said to have resisted a further attempt by the police to re-arrest him with the help of some persons who allegedly threatened to injure the police officers if they tried to arrest him. 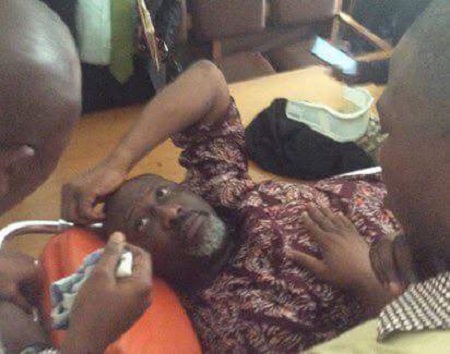