Toyin Abraham is currently enjoying the support of her new friends – Tobi and Alex from the Big Brother Naija reality game show.

She took to Ikeja City Mall (ICM) alongside Tolex to promote her new movie, ‘The Ghost and The Tout’. 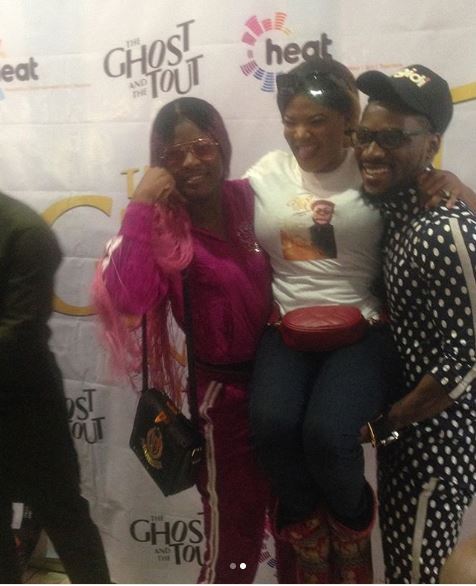 While promoting the new movie in Lagos, Tobi and Alex were pictured goofing around the 33-year old divorcee who is prominent in the Yoruba section of the film industry. 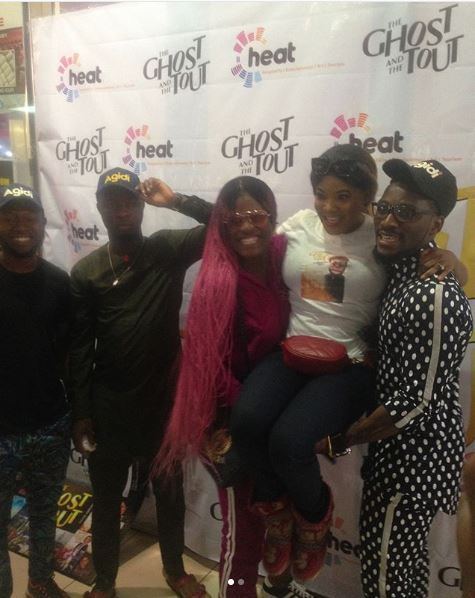 In the pictures here, Tobi – a University of Lagos graduate was pictured grabbing the Auchi, Edo State native from behind in suggestive photos.

Toyin has maintained that her association with Tobi remains a friendly one. 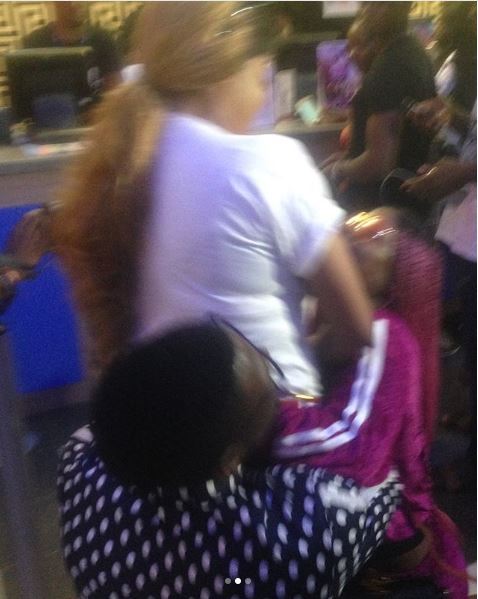 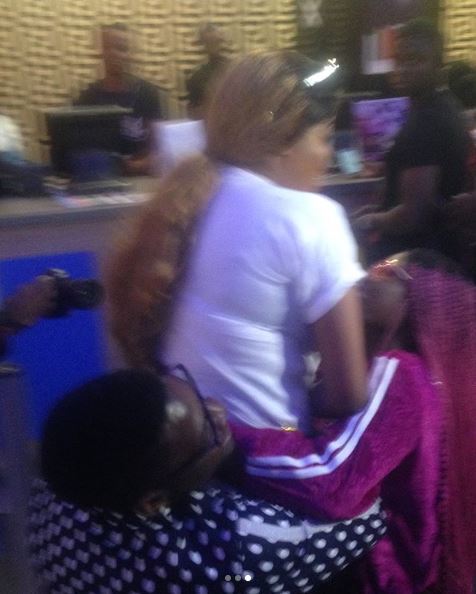 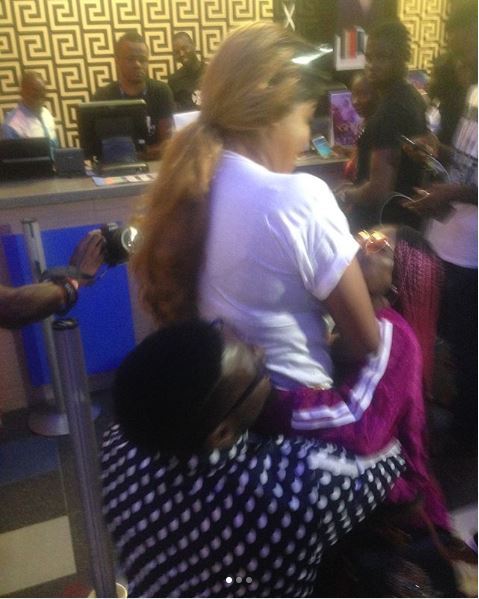