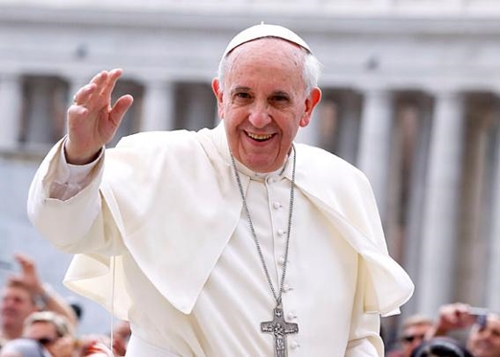 While speaking in an exclusive interview with Daily Sun in Abuja, the Catholic Archbishop of Abuja, John Cardinal Onaiyekan, disclosed that the Catholic Supreme Pontiff, Pope Francis, said he is thinking about visiting Nigeria, adding that no date has been fixed for the visit.

Cardinal Onaiyekan said the Catholic Bishops Conference of Nigeria (CBCN), extended an invitation to Pope Francis to visit Nigeria during the recent Ad Limina visit of the CBCN to the Vatican, adding that upon making the request, the Pope said he is thinking about visiting Nigeria as part of his programme.

He said since the Pope is head of state and head of the Catholic Church; he cannot visit Nigeria without the invitation of the Federal Government, and when asked if the CBCN has reached the Federal Government on the visit, Onaiyekan said the CBCN is awaiting the Pope’s response before approaching the government.

Onaiyekan added, “Both the government and the Church will be responsible for the visit. Whenever a Pope visits a nation, he visits as a head of state, as well as head of the Catholic Church.

“So, both governments and Church are involved. In other words, a Pope will not visit a country if the government of that country does not invite him.

“We have not reached the stage of contacting the government yet. All the formalities will normally start after there is a tentative decision by the Pope to visit. There is no point telling government to be making moves if the Pope is not thinking yet of visiting.

“In any case, you know that first; we have a Pope’s ambassador here in Nigeria and a Nigerian ambassador in the Holy See. So, these are the people who will handle all those diplomatic aspects,” Onaiyekan concluded.