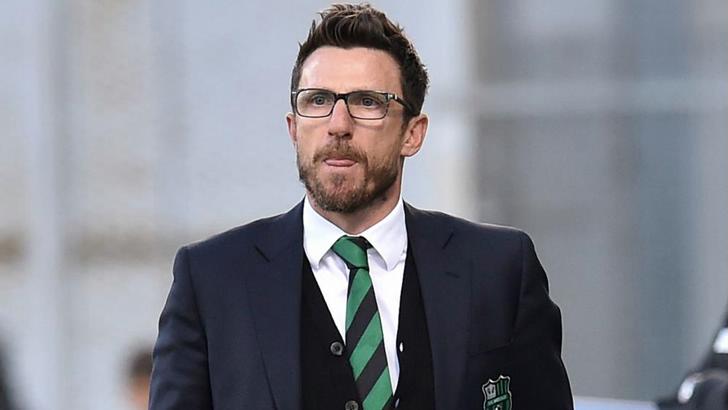 The Eternal City’s heartbeat is back to normal after the undulating emotions of Wednesday night, and the dominant feelings not just around Rome, but in Italy as a whole, are regret and a sense of injustice.

Regret because of the way Roma threw away a winnable Champions League semifinal with suicidal tactics in the first leg, and injustice after two penalty decisions could have swung the tie in their favour went against them.

“Another injustice!”, screamed Thursday’s front page of the Corriere dello Sport. “An absolute joke”, raged chairman James Pallotta, lamenting claims for nailed on second half spot kicks that were denied, allowing Liverpool to stay with 11 men on the field with half an hour to play.

Pallotta has been charged for his comments, but UEFA isn’t going to stop Italian media getting its knickers in a twist. On Friday the papers doubled down on their horror at the “treatment” of Italian clubs in Europe, wondering how Serie A’s best can be on the wrong end of so many bad decisions despite Pierluigi Collina being chairman of FIFA’s Referee’s Committee.

“An Italian,” writes the bewildered Corriere, as though that should allow them more favourable decisions. Meanwhile, the Gazzetta Dello Sport, and others, demanded the introduction of video assistant referees.

The Gazzetta quoted the head of the Italian Olympic Committee Giovanni Malago as saying it would have helped “avoid certain refereeing disasters”. The paper didn’t ask if he was also referring to Alessandro Florenzi’s scissor tackle on Sadio Mane.

However, despite the wails of horror at the refereeing, what did for Roma wasn’t so much key calls going against them — and go against them they did — but their timeless ability to shoot themselves in the foot in every way possible.

The Giallorossi came into Wednesday night’s match, the club’s biggest for over three decades, having to do the impossible for the second round in a row after melting in the face of Liverpool’s awesome front three at Anfield. That 5-2 destruction — led by magnanimous old boy Mohamed Salah — was brought about by terrible management from Eusebio Di Francesco, whose decision to start with a back three and pit poor old Juan Jesus against Salah backfired spectacularly.

Wednesday night’s glorious, noble but ultimately useless win left Roma wondering what might have been.

Daniele De Rossi reflects on Roma’s Champions League semi-final defeat to Liverpool. Photo by Silvia Lore/NurPhoto via Getty Images
What was going through Radja Nainggolan’s head when he laid that dreadful pass into the path of Roberto Firmino, no-one knows. Perhaps it was “oh no”, or maybe he was wondering where he left his cigarettes. Regardless, it sucked the life out of a stadium that had been on the verge of boiling over after an extremely encouraging opening nine minutes in which, with a back four that was keeping a lid on the Reds’ front three, Roma were taking the game to Liverpool.

Roma honoured the city and the fantastic atmosphere in the Olimpico to win the match 4-2, but from the moment Mane collected Firmino’s pass and expertly finished a lightning counter, the contest was dead. The hosts had simply left themselves too much to do.

Even when James Milner amusingly face-slapped Dejan Lovren’s clearance into his own net, the idea that Roma could score another three without conceding another was almost unthinkable. The scandalous ball-watching that saw Georginio Wijnaldum head home the away side’s second unmarked from six yards out (despite the clear push on Edin Dzeko that led to the Bosnian nodding the ball to the Dutchman) showed the 61,000 people present why.

Then came the decisions. Dzeko was wrongly ruled offside before he was clattered to the ground by Loris Karius five minutes after the break, but the striker’s seventh goal in this season’s Champions League — a new club record — a minute later seemed to have made up for that.

It was Trent Alexander-Arnold’s Buffon-esque save from Stephan El Shaarawy’s shot that really stuck in the craw. At 3-2 up and with Liverpool a man down with half an hour to go, Roma could have legitimately thought about a comeback that would have surpassed even the one they managed against Barcelona in previous round, but in the cold light of day it’s easy to see how ref Damir Skomina missed the handball.

Rallying back to refereeing decisions when things go against you is natural when you’re beaten and you know you should have done better. With a mountain to climb you need everything to go your way, and a couple of favourable decisions can get you to the peak quicker than you otherwise would have.

But the fact is Roma aren’t in the Champions League of their own doing, and if they want to build on this season’s joyous run to the semis they need to pick themselves up and secure qualification for next year’s competition.

Four points ahead of fifth place Inter Milan with three games left, a win at relegation-threatened Cagliari on Sunday night should nail down that all-important place in the top four.