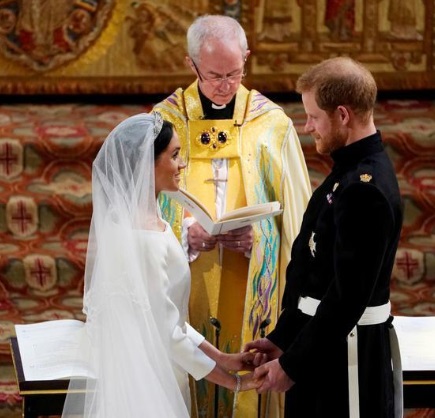 At exactly 12 noon West African Time Zone, American actress Meghan Markle, marched into the St. George’s Chapel at Windsor in all her regal glory, to be joined together with her beau, Prince Harry.

As Meghan said ‘I do’ Saturday May 19, 2018, sealing her union with her Prince, the American celebrity becomes a British Royalty.

As Meghan’s dad was indisposed to attend her wedding, her father-in-law, Prince Charles, walked her down the aisle as her soon-to-be husband waited with bated breath, stretching his neck to catch a glimpse of her in her regal wedding gown.

As Harry greeted his bride at the altar he said: “You look amazing.” She arrived accompanied by two page boys who held up her train as she made her way up the chapel’s steps alone. .

She was wearing a simple, long-sleeved white dress by Givenchy, with veil covering her face. The royal bride entered the chapel by herself, to begin the walk down the altar, before being met by the Prince of Wales. .

Prince Harry was quite emotional, as he fought back tears, obviously overcome by emotions as the minister takes him and his bride through the wedding homilies. 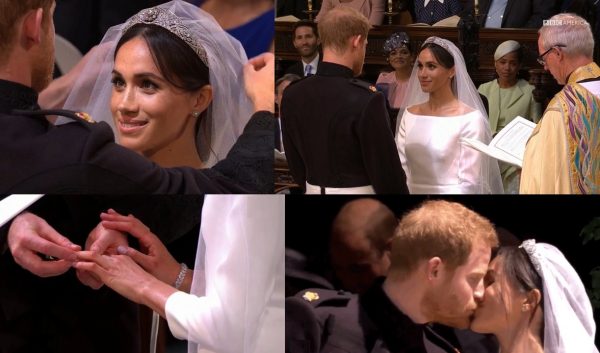