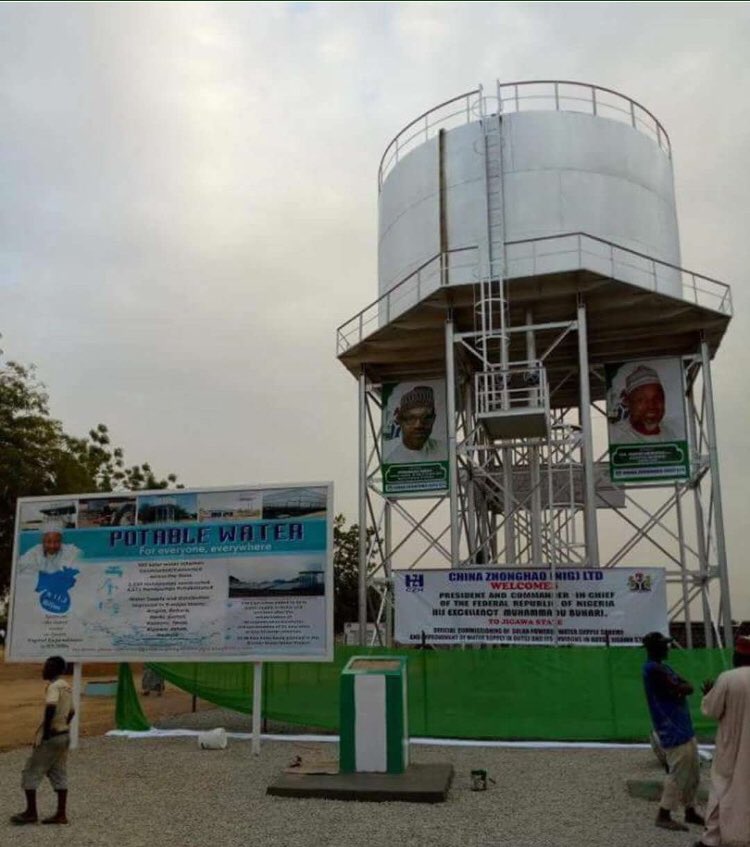 President Muhammadu Buhari yesterday visited Hadejia /Emirate local government in Jigawa to flag-off the state’s Ministry of Water Resources’ Irrigation Project. Reacting to the development, the Peoples Democratic Party, PDP took to his Twitter handle to share a photo of a water tank as one of the projects, that were commissioned by Buhari while in Jigawa state.

Unbelievable but very true ; See one of the projects President Buhari is Commissioning in Jigawa State . Shame

I still insist that APC and their so called party leader don't exhibit any atom of shame what a scandalous act deceiving people.

Speaking at the palace of the Emir of Dutse, Alhaji Nuhu Muhammadu Sanusi, during his two-day visit, President Buhari said the odds of initial dwindling oil prices did not discourage the government from setting targets for lofty developmental projects and achieving more in three years than the 16 years of Peoples Democratic Party’s misrule.