Kehinde Adebayo speaks boastfully of his traditional medical practice. His pride is rooted in the curious fact that Egosi and Odo-owa families seeking care for their pregnant women prefer him to the community health centres.

“Most times I take three deliveries in a night,” he told our correspondent. “I’ll handle one, my wife and eldest son will handle the two others.”

Mr Adebayo, aged and popularly called Baba Apiri, is described by residents as a “renowned herbalist” who specialises in child delivery.

Handling child delivery without any licence or any formal training in obstetrics, Mr Adebayo does not use hand gloves, he said, not even after attending a health seminar reportedly organised by the Oke-Ero Local Government Area of Kwara State in which Egosi and Odo-owa communities are located.

Justifying non-use of hand gloves, the old herbalist said, “There are times one needs to recite some incantations on the bare palm before touching the pregnant women’s private parts.”

So, in his own way, he exposes himself, the mother and the foetus or baby to risks of possible blood contamination that could have been prevented by hand gloves.

Apart from exposing himself to health risks, he also endangers his life alongside that of the pregnant woman and her baby as hand gloves are meant to prevent contamination of blood or body tissues. 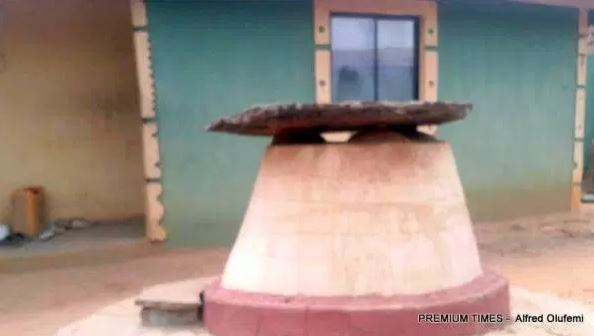 Nevertheless, Mr Adebayo remains popular and well-patronised by residents who describe him as “a renowned herbalist.”

His popularity also grows due to the absence of what could have been a more professional alternative. The community health centres in Egosi and Odo-owa, like many in other parts of the country, are in deplorable conditions, lacking both human and material working resources.

But the state of the health centres in Egosi and Odo-owa has not made a hero in the old herbalist alone. There is also a heroine, a woman operating within the premises of Christ Apostolic Church in the town, just within a walking distance of one of the health centres. She is popularly called ‘Mummy’ but her real name is Janet Oyelowo.

Mummy told PREMIUM TIMES she has received training in midwifery. She is also limited in terms of manpower and facilities. She handles child delivery alone, except with the assistance of a friend and all she has got in her pharmaceutical box are anti-malaria drugs.

“When they come for deliveries like that, we test them for malaria parasite and we treat them,” she said. “That’s all.”

But when there are complications, she said her patients would be transferred to the general hospital, some nine kilometres from her house.

“By the Grace of God, we don’t usually have many complications,” she replied in response to a question on the referral statistics. 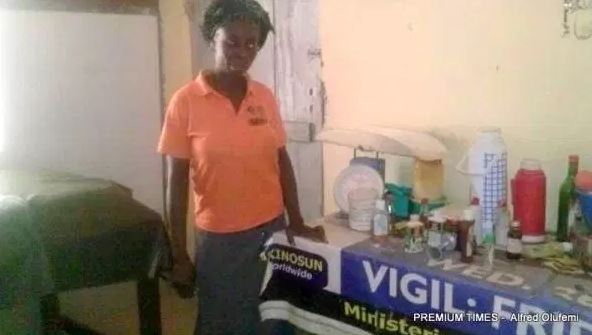 Mrs Janet at the church maternity in Odo-Owa – 1

However, despite the dangerous gaps in the practices of Baba Apiri and mummy, the testimonies from residents of Egosi and Odo-Owa have been positive.

Morenikeji, a pregnant mother, explained how she gave birth to her current two children at Mrs Oyelowo’s residence without complications.

“This pregnancy will also be delivered at Mummy’s house,” she said, smiling as she touched her belly.

She and other residents spoke of the poor state of the health centres, and trust in Mummy, as reasons for not using them.

During visits to four health centres in Oke-Ero local government, reports from the Community Health Officers (CHO) showed that most of the health centres had not recorded any child delivery for over three months.

Folashade Olokundu at Odo-Owa primary healthcare centre (PHC) pointed at the Church area when asked for the number of deliveries taken in the last three months.

“That’s where the pregnant women in this town visit. They go to the midwife (Mummy) over there.”

It is the same situation at Egosi, where the old herbalist resides. The CHO in-charge of Egosi clinic, Matthew Ajolaogun, attested to the boom of the herbalist’s business at the expense of the clinic.

“They’ve abandoned the clinic for the herbalist’s home close-by,” he said.

However, a simple review shows the clinics are in deplorable conditions. There is lack of health personnel, water facility and clean toilets in the health centres.

“The borehole outside is no longer functional. There is no water in the toilet,” Mrs Olokundu said. 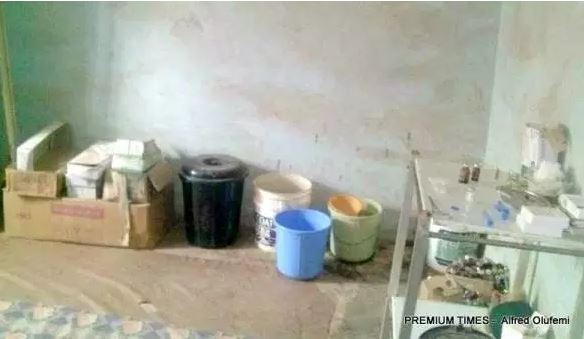 During our visit, early April, just one health officer and two health officers reported for duty at Odo-Owa and Egosi PHCs respectively.

Moreover, added to the absence of necessary equipment, the health facility at Egosi is unkempt. On a tour of the centre, it was discovered that the rooms were dusty and dirty as a result of uncleanliness on the part of the officers. That negated the neatness expected in a health facility.

Kajola and Iloffa health centres, established a year ago, are products of the agitations of residents of both communities in Oke-Oro. These health posts commenced health care delivery on the finances of the communities.

Residents said they were promised by the Oke-Oro Local Government Area, through the health department, that government will take over the centres by sending health personnel and providing drugs.

None of those promises were kept.

Both health facilities are substandard in comparison to the minimum requirements set by National Primary Healthcare Development Agency (NPHDA) in 2017.

The building used in Kajola is an uncompleted one – yet to be plastered, without ceilings, windows and doors. Nuibat Sulu, who is in-charge of the centre, complained of the unavailability of drugs and necessary facilities.

“Even this uncompleted building is a rented one,” Ms Sulu disclosed. 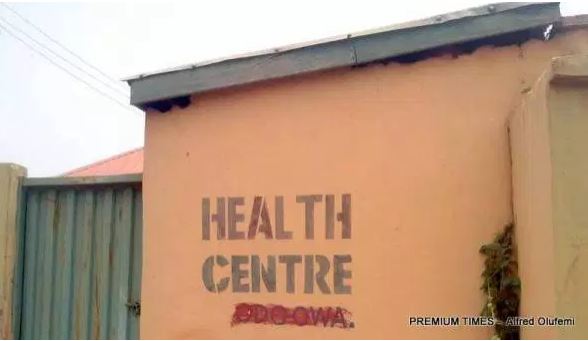 That of Iloffa was donated by the king of the town. The limitation to quality healthcare dispensation in Iloffa is the lack of necessary equipment. According to the CHO, Mayowa Agboola; “The BP (blood pressure) apparatus is not okay and the only bed in the PHC was borrowed from the cottage hospital.”

The need for a good building and necessary medical equipment and facilities are what these health officers say will make their work better.

At the Oke-Ero LGA, the health director, Motunrayo Ibrahim, blamed lack of finance for the poor state of the health centres in the logal government.

Mrs Ibrahim confirmed that none of the health centres has access to a good water source as well as basic medical facilities.

Like other local governments in the state, Oke-Ero is financially handicapped to respond to the needs in the health sector, the director said.

“The health centres in Kajola and Iloffa have not been in a good condition because the government only supplied insufficient health officers and not medical equipment and facilities,” she said.

Despite admitting the poor state of the health centres, she decried the activities of uncertified individuals, who parade themselves as birth attendants and handle child deliveries in their homes without a government permit.

She described people like Baba Apiri and Mummy as quacks who should be resisted by the communities.

“Even with the government’s efforts, it is left for the communities and residents to reject those quacks. Many patronise them and that’s risky,” she said.

On the claim of Baba Apiri of attending health seminars organised in the local government, Mrs Ibrahim denied such.

“No health seminar has been organised for birth attendants, talk less of quacks by the government,” she said.

On certification for willing traditional birth attendants, Mrs Ibrahim said, “Such person will have to tender his/her certificate, go through a test and we will issue a license of operations.”

Hope In The Way

The state of health centres in Oke-Oro is similar to those of other communities across Nigeria, investigations by PREMIUM TIMES have shown. Even some of the 109 health centres the federal government pledged to revitalise (one in each senatorial district) are still in bad situations. 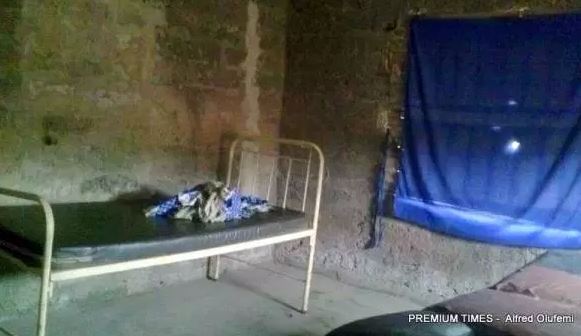 One of the rooms used for child delivery in Kajola

To address some of these concerns, the National Assembly has, for the first time ever, included some funding for PHCs directly from the federal government’s budget.

Although not included in the 2018 budget proposal by President Muhammadu Buhari, the lawmakers earmarked N57.15 billion for the basic health care provision fund as mandated by the National Health Act, a law passed in 2014 but which has not been fully implemented.

Although the budget is yet to be signed into law, the move has been commended by experts in the health sector.

“For the first time, the Senate has put the Consolidated Health Care Fund on the budget. That one per cent will go into revamping the Primary Health Care system and the National Health Insurance Scheme, NHIS,” Francis Faduyile, the president of the Nigeria Medical Association said in an interview with PREMIUM TIMES.

A large part of the money is expected to go directly to many of the poorly funded and maintained health centres across the country.

“This is monumental. It is one of the greatest things that can happen in Nigeria. We believe this will change the trajectory of the country’s health system,” Mr Faduyile said. 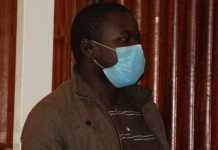