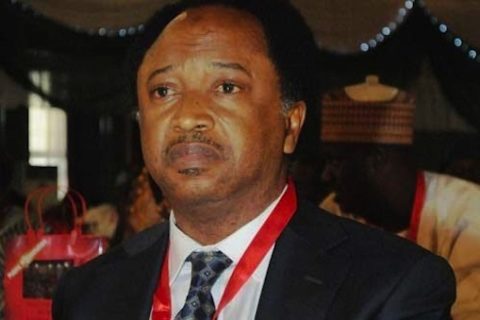 The Senator Suleiman Hunkuyi-led faction of the All Progressives Congress (APC) in Kaduna State says it is considering defecting to another political party barely few months to the 2019 general elections.

The group, known as APC Akida, in a statement in Kaduna on Friday said it has concluded a review of the state of the party and governance issues in the state and the nation, and was considering leaving the party they worked hard to put in place.

The group said it would take the decision “if there is no visible evidence of success in addressing the damaging levels of alienation and frustration among the millions of party faithful in Kaduna State”.

Mr. Tom Maiyashi, Chairman of the group, who signed the statement said two recent events in the state chapter of the party have confirmed its fears of the absence of credible and legitimate party leadership.

These, he said, were capable of destroying the credibility and popularity of the party.

“The party congresses, and the Local Government Councils elections, in Kaduna State have confirmed the fears that the absence of credible and legitimate party leadership in our state will destroy its credibility and popularity.

“These are fears which the Akida group had raised since the early days of the administration of Nasir el-Rufai.

“The congresses have exposed the contempt for popular participation by the Governor and his hand-picked choir.

“Our party has lost massive popularity and goodwill as a result of attempts to force the choices of an unpopular government on party faithful”, he said.

Maiyashi said those who emerged as leaders of the party from the congresses enjoy no support or legitimacy among party members.

“It has become painfully aware that all efforts to halt the damage being done to our party, including many attempts by the leadership of the APC at zonal and national levels, are unlikely to reverse the decline in our party’s capacity to live up to its promises made to the people in 2015.

”The Akida group has informed all relevant party organs and leaders that it will regretfully consider leaving a party it worked hard to put in place if there is no visible evidence of success in addressing the damaging levels of alienation and frustration among the millions of party faithful in Kaduna State.

“As things stand, the founding values of our party, particularly integrity, accountability, inclusiveness and compassion have been systematically repudiated by the government of Nasir el-Rufai, starting with the subversion of the autonomy and integrity of the party at all levels in the state.

“We appeal to anyone with authority or influence over the governor to use it responsibly to head off a looming disaster in the shape of a party that has lost its foundations and integrity,” he said.