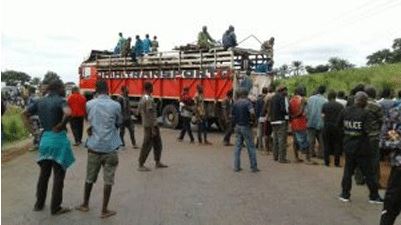 It has been reported that tanker drivers on Tuesday blocked Enugu/ Port-Harcourt Federal road, restricting further vehicular movement on the road.

Investigation according to Sunnewsonline revealed that, Tanker drivers were protesting over a purported shooting and killing of a fellow tanker driver by a policeman at the Nenwe junction in Aninri Local Government.

Report has it that commuters who were using the road were blocked and left stranded owing to the fact that no FRSC official was seen around the area to remedy the situation.