Shocking: Passenger Falls From Plane, Ends Up Dead On The Tarmac Inside Airport 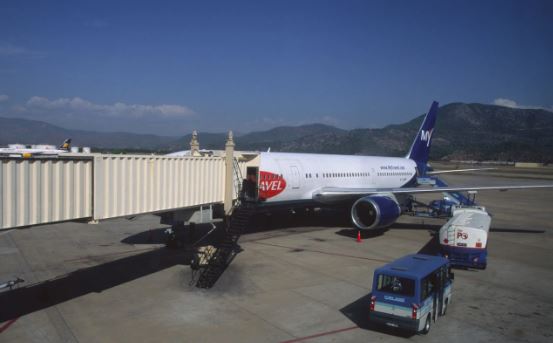 Dalaman airport serves the south-west of Turkey, including resorts such as Marmaris Credit: Alamy Stock Photo

A report by The Telegraph has shown that a 30-year-old British man died after falling from a plane on to a runway at Dalaman airport in south-west Turkey early on Tuesday morning.

Local media reported that staff were trying to remove the man when he fell from a door. The unconscious passenger was taken to hospital where he was found to have broken ribs.

He never regained consciousness before dying later that day, according to Hurriyet newspaper.

It reported that the man had spent three days at the airport waiting for a flight home after losing his ticket.

After finally boarding the aircraft at 3am he became argumentative with cabin crew and was ordered off the plane as a risk to flight safety.

An investigation has been launched.

A Foreign Office spokesman said: “We are supporting the family of a British man following his death in Turkey and are in touch with the local authorities.”

Dalaman airport is one of the country’s busiest and serves seaside resorts including Marmaris and Fethiye, which are popular with British tourists.

Some four million passengers pass through the airport each year, and it handles airlines including EasyJet and seasonal charters operated by Thomson Airways.