Also absent from the ward congress was the former 2015 Labour Party governorship candidate who is now a member of APC, Great Ogboru‎.

Violence trailed the congresses as a chairmanship aspirant in  Jeremi unit III, ward 10, Ughelli South of the state was stabbed to death.

Our correspondent who monitored the congresses across the state reliably learned that the deceased was stabbed to death on his way home after lodging complaints about the conduct of the exercise.

The deceased was alleged stabbed to death by a suspected hoodlum identified as Tete Pippa who reportedly fled the scene immediately after committing the crime.

There were also reports of snatching and hijack of electoral materials in some wards in Delta central by persons suspected to be loyalists of Ogboru and Omo-Agege.

Delta APC chairman, Mr. Jones Erue, who is said to be a loyalist of both Ogboru and Omo-Agege, was alleged to have used thugs to hijack materials for the congresses in Delta central and other parts of the state.

At Abraka, home town of Ogboru, the congress did not take place, while at Orogun, home town of senator Omo-Agege, materials arrived safely.

At Ovu Ward 5, Salubi Primary School, Ethiope East local government area, congress was held while some persons were seen complaining bitterly of the result of the congress. 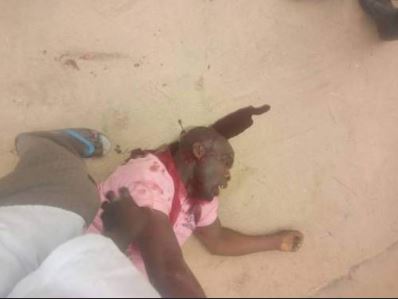 The leader of the ward and former labour leader, Frank Ovie Kokori described the congress as peaceful saying that the few persons seen complaining were those that lost out and that does not mean the ward is divided.

At Evwreni, home town of the leader of Delta APC, Olorogun O’tega, Emerhor, in Ughelli North local government council, the congress was peaceful.

Party members led by Emerhor queue up to vote.

Speaking shortly after casting his vote, Emerhor, described the exercise as generally peaceful, adding that the peaceful conduct would be replicated across the state: “Here in my ward in Evwreni,you can see the ward congress is peaceful because we have a consensus and I expect every ward to do same either by consensus or voting for their choice candidate in areas were there are no consensus.” ‎

He also commended party faithful for their display of maturity during the congress, despite attempts to disrupt it through stealing of the electoral materials.

“Though there was incident where some people wanted to frustrate the exercise where they broke into the hotel and stole some of the sensitive materials, but it was not enough to put off the congress. Unfortunately, the materials had not moved at that time so those ones that had gone I am not sure they have been authenticated to separate them from those one that have been stolen. However, generally, the congress was peaceful,” Emehor said.

At Gbaramatu community, Warri South West local government area, an APC chieftain, Michael Johnny, also described the ward congress as peaceful in his area and thanked party members for their participation and good conduct during the exercise.

As at the time of filing in this report, it was learned that congresseS were still going on at Bomadi and Burutu local government areas. 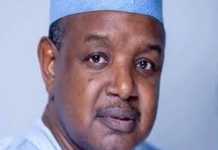 Bagudu: We Got Intel Of Bandits’ Movement — But Security Operatives Were Overpowered