So Hilarious: Read The Awkward Moment A Married Man Realized He Is Bad In Bed

Nigerian relationship blogger and online psychologist, Joro Olumofin has shared a hilarious story of a man whose manhood has been described as ‘small and ineffectual’ by his wife’s sister.

The revelation was made during a tussle between his wife and the sister. According to the man, he has been left devastated and confused as he doesn’t believe the claim is true.

Read the story which has attracted humour on social media below: 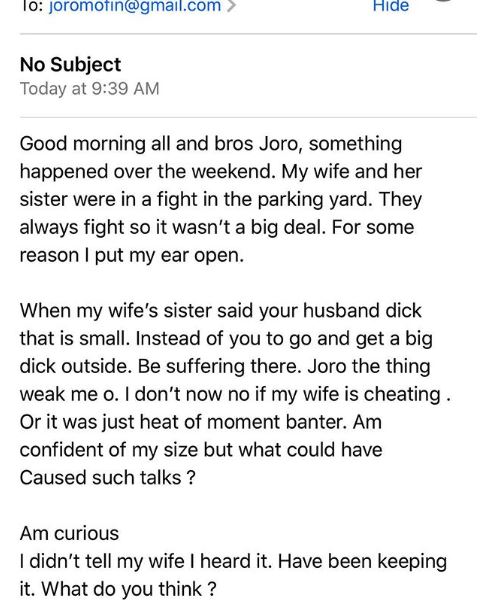