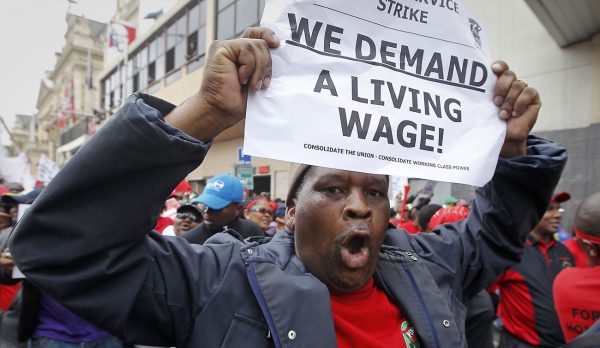 South Africans are angry and a trade union has accused the government of “legitimising poverty” after the country set its first-ever minimum wage at $278 per month.

South Africa Federation of Trade Unions (Saftu) said it is outraged and disgusted but not surprised by the passing of the minimum wage bill, which was overwhelmingly endorsed by parliament on Tuesday. The bill sets the wage at a minimum of 20 rand ($1.59; £1.20) an hour, which, for a 40-hour week, sets the wage at about $278 per month.

The union said parliament missed an opportunity to free workers from the oppressive wage gap.

In 2016, a commission led by President Cyril Ramaphosa who was deputy president at the time found almost 50% of employed South Africans earned less than the proposed national minimum wage. 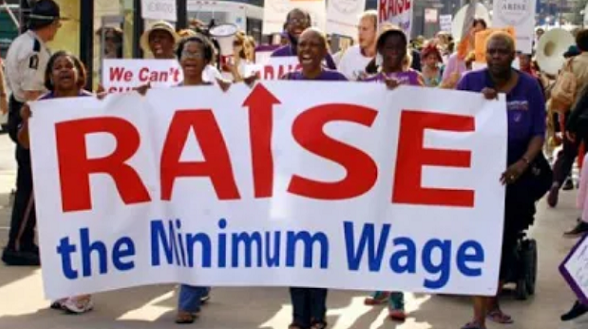 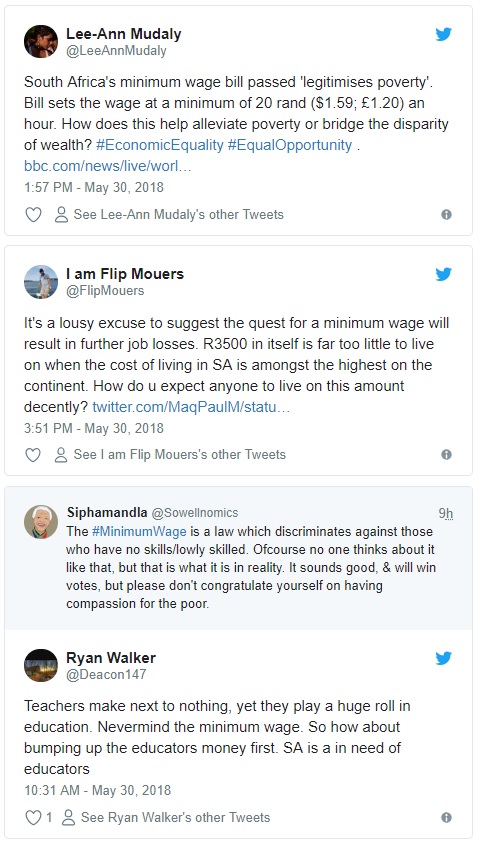