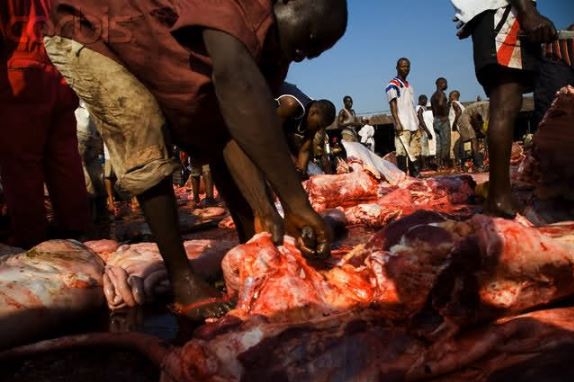 In a new report by Daily Post, it has been revealed that human body parts were recently found in Sapele community in Delta State, on Thursday unsettled its residents who have raised the alarm over fear of the unknown.

It was gathered that the human parts were dumped at every nooks and cranny in Sapele, especially along new Ogoride road, and Ogbimi drive in the town; a situation the residents called on the security agents to investigate.

Mr. Mohammed Mustafa, the Delta State Police Commissioner, who confirmed the discovery of the human parts to Daily Post, said; “We got report from the Sapele Police Division of the human parts discovered in some parts of the town, we have ordered security beef up, and a full scale investigation into the incident, in order to bring those behind the acts to book”.

Reports said that the human parts were also discovered in a Makeshift building wrapped into different cellophane(s), woods and raffia palm.

But a resident, Omonigho Mabel who spoke to Daily Post said; “The makeshift had been an abode of some madmen, and unknown residents, in fact ritualists too use the abode, we went to the police to investigate the acts, we are afraid in the situation”.

Meanwhile, the police Image Maker in the state, DSP Andrew Aniamaka, has said that one person has been arrested, adding that the suspect was currently being detained at the Sapele Police Division for further investigation.

DSP Aniamaka said; “It was Okada riders who discovered the makeshift building where their remained parts were also discovered, they smell offensive odor emitting and they move into the building, only for them to discover human parts put into cellophane, they alerted the police who then swing into action”.

Sources said on the discovery to the makeshift building, two mad men jumped out and took to their heels, but the police went after them, and they were apprehended.