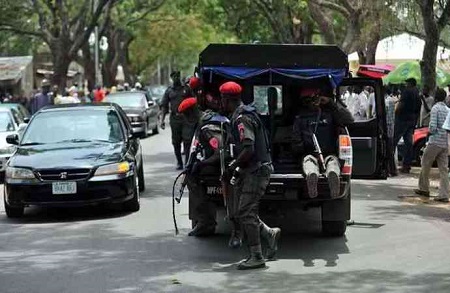 Men of the Nigeria police

He said the criminals carted away some cows after the attack, but added that the police were on the trail of the rustlers.

“So far no arrest has been made, but we are doing everything humanly possible to arrest the suspects and recover the stolen cows.

“Based on the  report the suspects are cattle rustlers, so the issue of eight people killed is not true, only three  people were killed and four injured,” he said

Mr Aliyu, an assistant superintendent of police, appealed to residents of the area with  useful information that would lead to the arrest of the suspects to volunteer such information to the police.

The PPRO said that the police remain committed to protecting lives and property of every citizen.